The Past and Present of a Stranger on Silver Screen 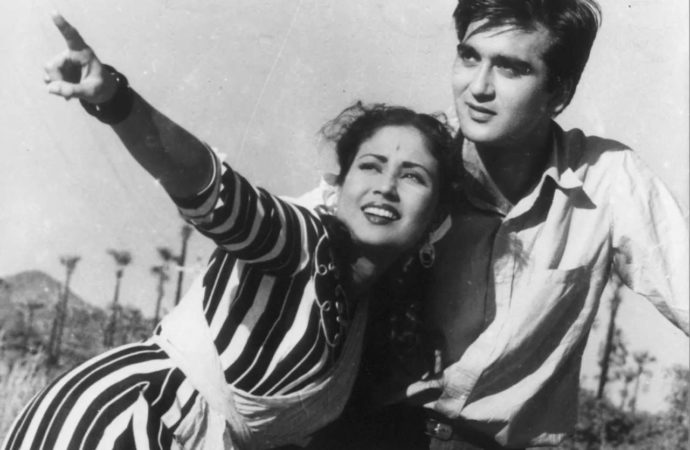 The difference in the strangehood and the character of a stranger is evident clearly while we observe the transition in the language of Bollywood.

The concept of stranger, strangeness and strangehood has gone through an evolutionary conceptual change from 1950’s black and white Bollywood cinema to the contemporary Bollywood movies. The difference in the strangehood and the character of a stranger is evident clearly while we observe the transition in the language of Bollywood. If one closely observes the language of song from the movie Gumrah ‘Chalo ek baar phir se ajnabee bane jaye hum dono’ or Ashok Khosla’s ‘Ajnabee shaher mein ajnabee raaste’ or the renowned song from the movie Ajnabee ‘ek ajnabee haseena se’, it is clear that the lyrics are not only referring to an ‘Ajbanbi’ in a literal sense but also in a heterosexual metaphorical manner. This ‘Ajnabi’ stands for the saturation for all kind of desires (if they ever existed). It also stands for the denial and end of something that had existed before. In addition to this, ‘stranger’ here represents a kind of deadlock which two individuals are putting to each other’s existence.

Sunil Dutt’s song, ‘Chalo ek baar phir sey ajnabie ban jaye hum dono’ stands first when it comes to reckoning and revoking the idea of a ‘stranger’. In this song, the idea behind calling and addressing someone as a ‘stranger’ is to mark and create a boundary where someone you knew before wouldn’t be able to relate with you in the similar known and aware manner. Hence, this sudden shift from knowability to acting as an unknown rests on the conscious of the stranger. Individuals which were known since years and were once entwined into a single soul suddenly become strangers. This strangeness of body and attitude could be easily felt in speech, act, gestures and confinement.

Origin and Role of Strangeness

One might know few things or everything about the person with whom he or she was once in love with, but now this ‘strangeness’ or the ‘born stranger’ would clearly demarcate the boundaries between the existence of two. In these black and white Bollywood movies, this stranger stood for alienation which one tends to bring and create in their own selves in relation to the other. Despite knowing and understanding the other person, this stranger acts as unknown or unknowable. This stranger takes a blind faith between knowing and pretending to be unknown or unknowable. This ‘strangeness’ arises because of situated choices or being situated somewhere.

This strangeness therefore creates a new boundary of modesty in contingencies. This strangeness and stranger hence holds an important relationship between chasing and failing to do something. The desire of being unknown and acting as unknown then takes as an ontological leap in this phase. It can be in the form of withering away from all your desires, passing over in silence or being overwhelmed with shame and vulnerability. This strangeness then acts as a mask of contestation while grieving for a lost partner or companion. Therefore, being a stranger act as masked appearance to conceal reality of emotions and reality of loss in this strangeness. This game mutually happens between stranger and knowable.

These songs display and mark the entry and idea of a strangeness in which one has to act as a stranger even though he or she no longer wants to remain the one. This ontological leap which these beings take in the black and white Bollywood movies is interesting to observe. Songs like these also stands for grieving for the former self, bonds and space that no longer exists in the present time. Even when these namesake strangers meet, their bodies and behaviors are wrapped around shame, silence and vulnerability. The very act of calling someone as stranger also rests on this contingency. For instance, ‘what if things wouldn’t have been the way they are’, ‘what if I would have come to speak to your parents’, and ‘what if we could have shown courage on that day’ are some of such conditions.

The course of the story would have been different if either of these contingencies would have been true. They wouldn’t have been strangers as they are currently. Even after years, when these strangers meet or if fate puts them across each other’s path, they maintain the anonymity of these past leanings for each other and continue to play the game of being a stranger.

The contemporary Bollywood and the way in which the dialogues, behaviors and the fleeting encounters between strangers is portrayed have changed remarkably. The songs like ‘Merie zindagi mein ajnbee ka intazar hai’ to movies like ‘Ajnabi’, ‘kaun’ or new series on Netflix, Amazon Prime etc shows that the nature of fleeting encounters between individuals in the contemporary world has evolved a lot. In the present time, the ‘stranger’ is no longer used in a metaphorical manner. Despite being strangers, people meet, share a common language between them, and embrace each other’s individuality.

For instance, in the last scene of the movie ‘Masaan’ Vicky Kaushal and Richa Chaddha are sitting on a boat reminiscing the lost past, they share the strangeness of their present too. This strangeness is also evolving after sharing the discreet past which both of them had. Hence, here they are not passing over in silence or lamenting over the past that gave them scars.  They are keeping strangeness to themselves and evoking fragile memories but it unites them together giving them a space to talk or share. The contemporary Bollywood is full of fleeting encounters between strangers where two individuals don’t even know each other’s name but still are affiliated to have a fleeting encounter. Still, it doesn’t appear absurd!

Nature of a Women Stranger in Hindi Cinema

The language and the way of addressing a stranger has changed a lot. The contemporary Indian women are no more ashamed of disclosing her desire to associate with a stranger. She doesn’t do this in the name of anonymity or in the garb of being unknown. She (the contemporary Indian women) is unabashed, prude and proud of her desires. She doesn’t confide in the façade of morality, while addressing her desires. She is no more looked down for flaunting her desires even with a stranger and carries them like a happily like a badge.

Women in Bollywood has borrowed this trend too. The lead characters here too no longer confide in anonymity, on the contrary they are comfortable taking an ontological leap with in the bodily performativity while dealing and addressing strangers. In the contemporary cinema, body becomes a mediator or the locus of desire. This didn’t exist in the black and white cinema. This new contemporary ‘stranger’ allows the women to fall into alienation and unknown boundaries where the game would be played in silence. It addresses the language of desire, and plays with it conscientiously. Both the individuals do not confide in strangeness to play the game of anonymity, rather they pursue their desires, leanings and inhibitions. This strangeness therefore helps them in getting rid of those social boundaries, hierarchies and thereby makes them challenge the status quo.