Adorned with Boots and Berets – Careers in Defence 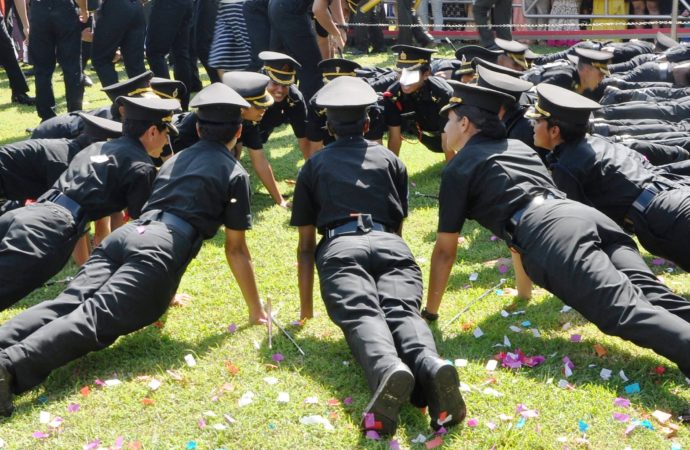 Young aspirants who wish to opt for a career replete with adrenaline, adventure, and challenges will find no better place than armed forces.

Defence forces of our country can assure most coveted and prestigious positions in one of the three reputed forces of our country. Young aspirants who wish to opt for a career replete with adrenaline, adventure, and challenges will find no better place than armed forces to meet all their professional expectations. The armed forces of our country comprising of Indian Army, Indian Air Force, Indian Navy and Indian Coast Guard since their advent have set a strong legacy of traditions, ardor, fortitude, grit, and determination and each year these qualities are instilled in every cadet at academies of these institutions to metamorphose them into officers.

According to the details provided by Minister of State for Defence Subhash Bhamre in Lok Sabha during March, Indian Army is reeling under a shortage of 21,383 personnel, while the number of vacant posts in the Navy and Air Force is 16,348 and 15,010 respectively. Colonel Neerav Bhatanagar (Retd) resolves, “Youth have numerous opportunities in Indian Army. For example, for engineering graduates there are separate technical arms such as Corps of Engineers and Signals where they can manage electronic equipments. All technical inventions of history were first tested in Army. Also, there are plenty of opportunities for them in core infantry and Armoured Corps.”

Career in Army can be in the form of both permanent and short service commission. While Permanent commission (PC) is granted through rigorous training at Indian Military Academy (IMA) Dehradun, Short Service Commission (SSC) is granted through Officers Training Academy (OTA) Chennai. When an aspirant opts for ‘PC’, he or she is looking for a permanent career in Army till retirement. Each year during the months of April and October, successful cadets in the test report to their respective academies. These candidates are then imparted 49 weeks of military training organized into two semesters of 23 weeks each. SSC is a good alternative for those who wish to join Army for a short duration and to serve in it as a commissioned officer for five years. “Permanent Commission is meant for those who wish to get into Army and complete the full-term till the superannuation age and SSC is meant for service in Army for seven years, ten years, or fourteen years. An officer selected through SSC can also become regular but for this selection a separate board is held”, adds Brigadier(Retd) R.N Vinayak.

Indian Air Force recruits commissioned officers primarily through exam conducted by UPSC. For technical branches, women special entry scheme, National Cadet Corps (NCC) special entry scheme, service entries, recruitment is conducted directly by Recruiting Directorate for the Indian Air Force. A cursory glance at the statistics of three main pillars of Indian defence show that out of 1109 women enrollments from 2013 to 2016, a whopping 607 or 55 percent belonged to Indian Air Force which means it is hugely popular among young women aspirants.

An officer in the Indian Air Force not only strategizes leads and manages his or her respective squadron, but also gets an opportunity to fly hi-tech aircrafts.  Air Commodore Arun Sathaye reclaims, “As you may be aware that besides the flying branch Indian Air Force also has other support services branches. Some of these directly support the flying. These are technical, meteorological, ground radar operating services and air traffic control. We also have air defence missiles units but they operate from technical and radar operators branches. Other branches such as education, accounts and general administration are not involved in flying activities directly. Till now, we have fighters, transports and helicopters in flying platform.  In a service, a pilot depending on his or her stream gets to fly the latest aircraft. Today, we have SU 30, Jaguar, and Mig-21 as our front line fighters. Along with this, we have C-130J, C-17 Globemaster III, Il-76, An-32, HS 748, Do 228, Boeing 737, and ERJ 135.”

A career in navy provides you a chance to utilize your skills to its fullest level. In addition to outstanding financial benefits, it also provides you unparalleled career opportunities, and the lifestyle of freedom and personal growth that one can only dream of. In addition to sailing and administrating on one of the 136 ships and submarines in commission, a cadet can opt for a career in naval aviation. A Naval Aviator can begin his or her with volunteering for the aviation specialisation, either as a Pilot, an Observer or a technical officer, after the completion of the mandatory Sub Lieutenant’s course. The trainee pilots on successful completion of their training are divided into the fighter, fixed-wing and rotary-wing streams. Commodore (Retd) Ratnakar Ghosh concludes, “Officers in navy can go technical wings, naval architecture, and aviation wing through SSC. One gets sail in ships such as INS Tarkash, INS Shardul, and INS Sumitra. Pilots in naval aviation get to fly coveted aircrafts such as Boeing P-8 Poseidon and Dornier Do 228. Hence, navy is a state-of-art way of life in itself.”