Bilateral Dialogues and Steps to Curb CFVs should be Carried Out Simultaneously, Dr. Happymon Jacob 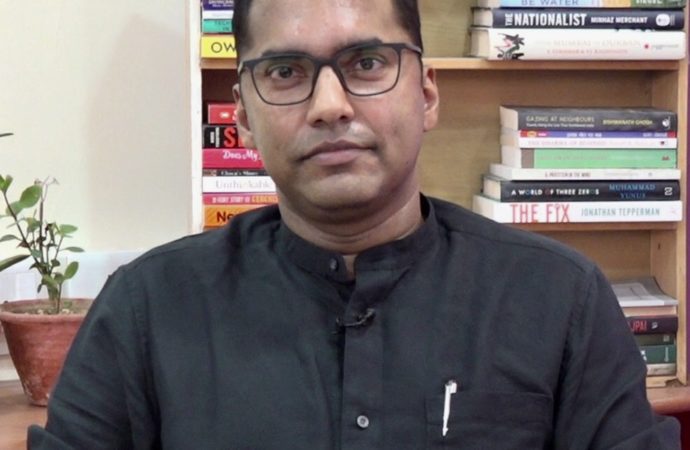 Happymon Jacob, in a conversation with Gunjan Joshi speaks about reasons behind CFVs and his new book ‘Line on Fire: Ceasefire Violations and India–Pakistan Escalation Dynamics’.

Q. What according to you influences Cease Fire Violations, is it higher military commands, political establishments or military dynamics on ground?

I would say that most of the times, the reasons that that trigger ceasefire violations (CFVs) on the Line of Control (LoC) between India and Pakistan in Jammu and Kashmir are mostly local.  In the book, I have make a strong argument that CFVs are generally not planned or directed by higher military or political authorities but are instead driven by the dynamics on the front lines of the Indo-Pakistan border.

Q. How can ceasefire violations precipitate or worsen the relationship between two nations? In what way do a low-level firing across the LoC go out of hand?

Ceasefire violations prominently caused between armed forces of two countries, contribute to Indo-Pakistan dynamics escalation in a significant manner. Conventional wisdom suggests that terror attacks are the primary cause of aggravation in Indo-Pakistan relations. However, evidence shows that political, diplomatic, and military tensions between the two adversaries have occurred due to CFVs, even when there have been no terror attacks.

More importantly, the combined effect of terror attacks and CFVs have the potential to increase the escalatory effect to the extent of being uncontrollable. In the book, I have demonstrated the deadly association between CFVs and escalation dynamics using eight case studies. It is important to note that evidence shows that CFVs are not always contained at the local level and they often spiral up. In a hyper-nationalist age where the electronic media typically exaggerates what happens on the LoC, skirmishes on the LoC don’t remain on the LoC.

Q. What should be the way ahead for Indo-Pak relations, maintaining a permanent thaw to discourage the skirmishes or talking about the contentious issues and preparing an incremental base?

I would say both. Evidences brought out in this book clearly suggest that the 2003 ceasefire agreement tends to hold when a dialogue process on key issues is under way between India and Pakistan. However, during times of bilateral tensions as has been the case since 2009, the agreement tends to break down and CFVs are routine. We can clearly derive out of this that there should be a meaningful dialogue between India and Pakistan on their outstanding issues to reduce CFVs and escalations controlled. Simultaneously, there is a need to take urgent steps to stem their outbreak by instilling mechanisms on the ground. I have identified some of these steps in the book. The most important of them would be to formalize the ceasefire agreement of 2003.

Q. What according to you are the primary reasons behind ceasefire violations?

In my book, I have divided CFVs into five categories namely retributive, operational, inadvertent, and politico-strategic. Some of the local factors whom I have christened as autonomous military factors include land grab attempts, sniping leading to CFVs, revenge firing and honour killings, surgical strikes, sabotage, venting pressure elsewhere, defence construction on the LoC in Jammu and Kashmir, lack of clarity about the line leading to land grab, personality traits of commanders, emotional state and CFVs, command and control (C&C) issues, institutional mechanisms etc.

Most of these India-Pakistan track-II dialogues are focused on improving India-Pakistan relations in general. However, at the Ottawa dialogue that brought together retired military officials from the two sides, a great deal of focus was on suggesting ways to curb ceasefire violations. In any case, such track-II dialogues can only give suggestions to the respective governments. To implement the suggestions is entirely their onus and will.

Q. How do you view security situation in the valley with the general elections just being round the corner and the coronation of new prime minister in Pakistan?

The situation in the Kashmir valley is getting worse by the day. This is a combination of several factors including the mismanagement of domestic politics in Kashmir, interference by the Pakistani side and the unwillingness of the government in New Delhi to engage in a meaningful political process with the aggrieved sections of the Kashmiri population. Terror attacks and local recruitment of militants are on the rise. Hence, the current state is very disturbing. Rising tensions in Kashmir, ceasefire violations, and the absence of a dialogue process between India and Pakistan could potentially create a situation which is explosive in nature.

Q. How are these two going to impact the South Asian politics?

South Asia is the least integrated region in the world right now. The continuing India-Pakistan tensions and the rivalry will further skew any possibility of regional integration or enhancing various connectivity projects that are underway.