National Institutional Ranking Framework: An Aspiration and Its Evolution 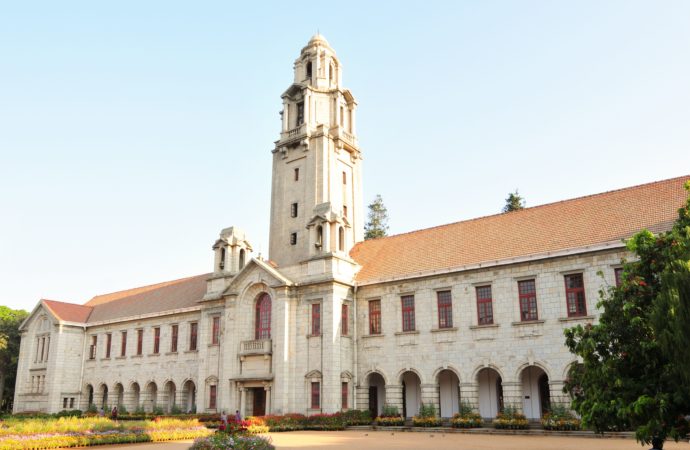 In April 2018, National Institutional Ranking Framework released its third edition of Indian University Rankings. The higher education world in India and its stakeholders expected eminent institutions of the country such as IIMs and IITs to be on top of these rankings. On the contrary to all the expectations, few private institutions ranked above some IITs and NITs such as Vellore Institute of Technology, Birla Institute of Technology and Science, Pilani, College of Engineering, Pune etc. Few instituitions which were missing in 2017 were able to secure top ten positions.

A total of twenty-two parameters in five major categories are used to rank universities across the country. Most of these criteria are handpicked from the recognized world university ranking systems such as  teaching, learning and research excellence. However, the committee has also introduced other country-specific parameters like regional diversity, a faculty for physically challenged and the percentage of economically and socially disadvantaged students under the criteria of outreach and inclusivity.

In 2016, NIRF published India’s first universities ranking. During its initial stage, NIRF ranked only engineering, management and pharmacy institutions from government funded, privately- funded or self-financing institutions which had participated. The architecture and general degree were exempted due to no or less response. Further, the core committee implemented some significant changes in few sub-parameters but the main ranking parameters remained unchanged.

One of the paradoxes is that the MHRD felt the need to have India’s own ranking system when our universities were struggling with basic necessities like shortage of faculty members, basic infrastructure, job oriented curriculum and minimum fund for research and innovation. These current state of affairs seems familiar in neighboring countries too. A decade back when China found that its universities were struggling to be amongst the top universities of the world, the Chinese policymakers decided to start their own ranking system namely Academic Ranking of World Universities (ARWU), also known as Shanghai Ranking, focusing on Science and Research.

While framing parameters, they  focused and gave more weightage to the quality of education and the faculty. As a result, the overall quality of China’s higher education improved. The two Chinese universities, Peking University (PKU) and Tsinghua University are among the world’s top 30 universities(according to the World University Rankings 2018 published by the Times Higher Education) and 12 Chinese universities were placed in the world’s top 100 by QS World University Rankings. MHRD also took the same initiative while drafting the framework and while establishing the parameters for ranking because most of the Indian universities were struggling to maintain even the basic requirements of a higher education institution. Following are few challenges faced by NIRF that may make it an ineffective ranking system.

Participation in NIRF ranking is a voluntary exercise because of which there is a huge imbalance in the number of participating institutes. It is therefore really cumbersome for MHRD to produce the entire list. In 2017, the second edition of NIRF ranking witnessed the decline of 16% and participation of only 6% of the total institutes across the country. In 2016, only engineering, management, and pharmaceutical institutes were ranked whereas NIRF added more colleges that offer degrees in other subjects in 2017. The latest rankings in 2018 has introduced new category rankings in medical, architecture, and law.

While announcing NIRF 2018 ranking, Union Minister for Human Resource Development (HRD) Prakash Javadekar raised his concern on number of participating institutes and urged all public institutions to participate in the ranking from next year. He further added that institutions which will not take part will face fund cut.

Authencity of Data a Hurdle

There is no way in which one can verify the data which is submitted by universities across the country. NIRF has not authorized any company or individuals to verify the submitted data. Currently, a private or public institution is required to submit their data on their own.  In the recent NIRF 2018 ranking list, Times of India accessed the data from NIRF website and found that Bishop Heber College (BHC) Trichy had submitted incorrect data about the strength of total strength.

There are huge structural issues in the framework of NIRF ranking since it allows ranking of all the universities on the same scale. In this system of ranking, a public university like Indian Institute of Science which is established in 1909 and is fully funded by the government for research can compare with a self-funded university which is just a decade old and has inadequate funding for research. There should be an alternate system where the performance of university is evaluated while keeping its establishment, quality of publication and community engagement activity in mind.

Steps to Improve the Ranking System

Introduce new Parameters in NIRF – Keeping in mind the social obligation that we have towards our education system, it is time to give way to parameters which are more individual oriented rather than blindly following the infrastructure oriented western way of ranking. Factors such as happiness, job satisfaction, work-life balance, entrepreneurial ecosystem and equal opportunity can prove to a game changer in the framework of any national rankings.

Allocating more Funds for Research to Private Institutes – Most of the private Indian universities don’t get sufficient funds from the government. As a result, such institutes lag behind in their research initiatives. By funding private universities and fuelling the research initiatives by young researchers even in private institutions would pave way for more research activities across the country.