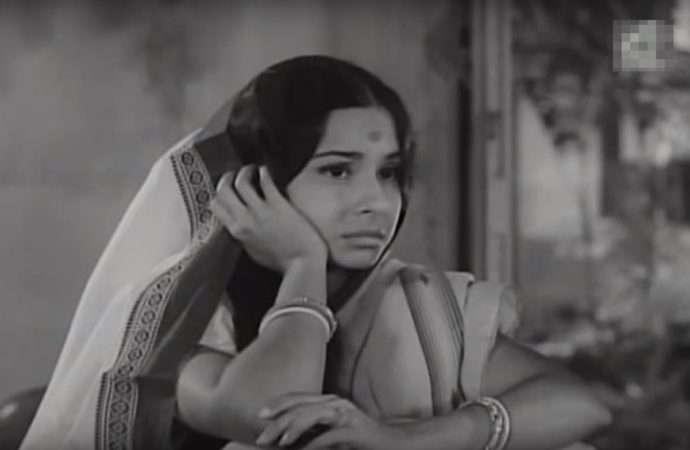 Biraj Bou is much understated work of the eminent Bangla litterateur Saratchandra Chattaopadhyay in the series of his stories with rural backdrop.

In continuum to the series of his signature rural stories,
Classic Saratchandra: Volume 1(Biraj Bou) is much understated work of the eminent Bangla litterateur Saratchandra Chattaopadhyay. His oeuvre transcended all language barriers, age, gender, and times. The larger-than life and sketchy rural characters therefore remain immortal in contemporary times too. Hence, these are appropriate for stage and screen adaptations in several Indian languages. Biraj is an alluring and immaculate housewife who commands her household since her mother-in-law died. She along with her husband Nilambar has brought up his younger sister Punti since childhood. Nilambar’s warped brother Pitambar lives next door and envies his brother’s popularity among villagers due to the former’s benevolent and altruistic behaviour for them. Biraj Bou is a tale of Biraj’s divine love for her husband and how it transforms with circumstances and leads to her fall.

Whenever the literary work of an author is analysed, one should always consider historical developments and time during which his or her work thrived. Sharatchandra’s ideas may appear loftiest and idealist today but were very relevant during his times. It was during this time the Renaissance movement in India was flourishing. It was started by Raja Rammohan Roy through the synthesis of bourgeois humanist concepts and focus on laity from the European Renaissance. Hence, Saratchandra carried forward the baton of literary Renaissance in India which Ishwar Chandra Vidayasagar had once started. His other contemporaries could not question scathingly the futile age old social order and therefore could not invoke pain and anguish among readers like him.

Biraj lives in her cosy household with her husband Nilambar and his sister Harimati whom they affectionately call Punti. She is authoritarian while running her household but is equally tender while she feeds her husband and his sister. Being a resplendent beauty, she always asks her husband whether he would have chosen her if she was ugly. He always replies with an assertive ‘yes’ for this. She is equally dedicated to her husband and quits eating supper while her husband is ill. She prays constantly for his good health and wishes to die at his feet before him. Through several instances, author illustrates the selfless love of Biraj for her husband and vice versa. Nilambar is a brahmin and is revered in village for helping everyone without caring for his health. His cunning brother Pitambar loathes his popularity and doesn’t want to help him or anyone in village.

One year passes, Punti gets married and economical condition of Nilamabar worsens as his bulls tilling the soil die, ponds dry up, and fields crack due to heat. He becomes debt ridden after spending extravagantly at his sister’s wedding. As money lenders harass Nilambar, Biraj is often not able to contain her anger and vents it frequently on her husband. She does not talk about his sister at all because she blames the little girl for her family’s condition. Meanwhile, the son of a local Zamindar is mesmerised by the beauty of Biraj and covets her secretly. She is aware of it but never discloses this to her husband. As Biraj’s household becomes more crunched for money, the Chotu Bou of their family offers to sell her jewellery.

Scarcity of money and food takes over Biraj and she becomes a living volcano. She ousts Sundari who has been taking care of her house since she came to that house. Her fault was taking money frequently from the promiscuous Rajendra. Nilambar too stays silent most of times. Biraj, one night, goes out to ask for some rice from neighbourhood overburdened by ill-health and hunger. Her husband hits her accidently after coming home in an inebriated state. She gets angry to this and vows to never return to that home. Nilambar grieves infinitely afterwards.

Everyone now believes that Biraj is dead and had drowned in the effervescent river that night. The younger daughter-in-law takes care of Nilambar like his daughter. According to me, this is the most beautiful fragment of the story where even the most trivial character like Chotu Bou and Pitambar demonstrate the highest values of humanity for their loved ones during adverse times. On the other hand, the exquisite beauty Biraj becomes a vagabond. Her beauty wanes, left eye loses sight, and one of the arms cripples. Whether she dies at her husband’s feet or not is an unpredictable culmination of Biraj’s divine love.

One dominant aspect of Sharatchandra’s writing is feminism. His heroines shine across all his novels. Characters such as Paro and Chandramukhi from Devdaas; Piyari Bai and Kamal Lata from Srikanta; and Binodini from Choker Bali depict various hues in a woman’s character. All these women were adventurous, capable of taking their own decisions, and adept in facing the aftermath of such decisions. They had suffered worst in their lives and yet altruism is their inherent trait. Further, they are progressive, oppressed, affectionate, rebellious, and tender. A strange dichotomy is visible in his female characters which were impersonation of both fire and ice. Biraj is a similar character in this league.

Men in most of the works of author are bohemian. Most of his male protagonists like Devadas, Srikanta, or Sabyasachi resembled his own Bohemian self. He was appropriately given the title of Awara Masiha by a Hindi litterateur Vishnu Prabhakar.  The latter wrote the author’s biography by that name. Another remarkable characteristic of his narratives is realistic climax. None of the characters such as Komol Lata, Biraj, and Srikanta saw happiness while their story culminates. As I finished reading the novel, I realised that the author possesses a strange art of immortalising his characters through their selfless deeds.  Whether his characters leave any vicinity or their body, they remain immortalised in the thoughts of a reader.