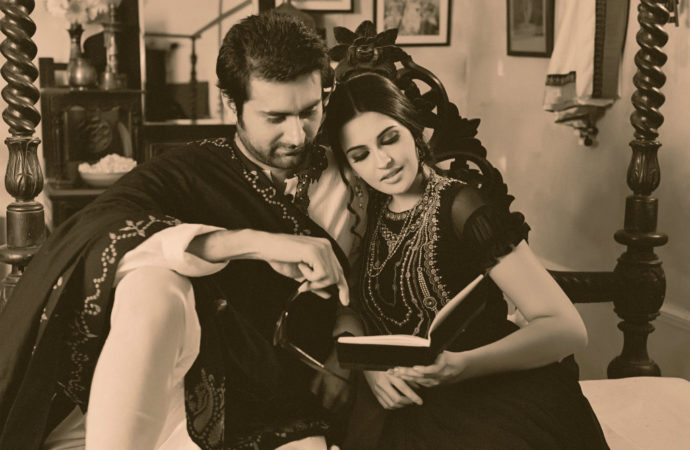 Biological bonds are often considered as the natural goals for human life since the conventional prerequisites of an ideal association such as love, warmth, and certainty are available in it. In fact, most people envision ‘love’ when they think of a bond not knowing that they are not talking about romantic associations. The second requirement from any kind of association is a fair level of thoughtfulness for each other. But, what happens when our biological bonds do not take into consideration our immediate and created happiness. It is here when an individual seeks the comfort of a non-biological bond.  The fact that irrespective of the nature (inherent or outward) and language of non-biological bonds, such bonds can be discarded at any point of time making them easier to pursue.

Bihari Babu is one such character from the renowned Bangla film Choker Bali based on a novel by Rabindranath Tagore. Behari has a friend named Mahendra who is a doctor during British Raj. Helives with Mahendra’s family and as they both reach marriageable age, the former receives a marriage proposal for the young and comely Ashalata. When they go together to see the prospective bride, Mahendra comes ahead and marries Ashalata.  Behari lives a life of regret and remorse but doesn’t quit the non-biological association with Mahendra and his family. This situation clearly explains Behari Babu’s dependence on his non-biological bond with Mahendra’s family.

Reasons to Fall into Non-Biological Bonds

Hence, it becomes important to find out what is in these bonds that makes anyone fall for them easily. We often come across phrases like family comes first and my everything is for family. These testimonies fortify the fact that a family not only stays together but the members as a unit in it tolerate each other even in the adverse situations. It encompasses everything which an individual can bear and things beyond that. Our boundaries of forgiveness and tolerance for them extend beyond all realms in such a setup. I still ponder about the flexible precarity or an adjustable precarity in non- biological bonds and wonder why these aspects are only an inherent part of non-biological bonds. In the entity called a family no matter how grave the differences are, they will be brushed under the carpet in order to maintain its sovereignty. Hence, non-biological bonds exist primarily because there is an absence of clash or conflict for the idea of home in these.

An absence of belonging, confinement that further leads to emotional crisis is another important facet of a non-biological bond. Contrary to the depiction of non- biological bonds (friendships frequently) captured by the mainstream Bollywood cinema, such bonds are strengthened because individuals in it don’t wish to define its periphery. It may be for the reason that there has to be some conjunction of thoughts in order to take such relationships ahead. Further, such bonds are also the extension of one’s self, boundaries, and happiness. Can we then assume that a non- biological bond stands as an alternative to our idea of home? It stands for a space which we create for ourselves between the two identities in which we can push our boundaries according to our will. In this age of networking when associations and bonds are forged for namesake, mere an unfriending or unfollowing can push people away in non- biological bonds.

We as a society still tend to believe that the non- biological bonds in our life are destined to give us happiness, pleasure, and good memories. As a result, we consider it a responsibility of our friends or partners to heal our fragile self. Therefore, such bonds drag us on the verge of being completely precarious. In a scene of a well-known Hollywood motion picture La La Land, the central characters of the movie Mia and Sebastian had a tiff and she decides to leave for her home. When Sebastian tells her that she already has a home here, Mia interestingly replies, “I mean home, my home”. This infers that one should always be in a position to differentiate between the sense of belonging for our families and bonds which we create unwillingly in our daily lives. Irrespective of the circumstances, we tend to think that home is the one where our family lives and flourishes over a period of time and the bonds that we have created can be snubbed anytime.

Non-biological bonds are successfully able to address autonomy of a self, but their contribution in our lives remains unnoticed. These are often portrayed as fickle stints or trivial characters that can be picked or left anytime by the prolific scriptwriter called the self. This scriptwriter also keeps a track of every bad memory or scar given by the other partner.  Surprisingly, the same self who has been bearing the burden of scars, fragile memories, distorted aspects, and misleading institutions finds respite in these bonds. Or perhaps we start pouring every ounce of bitterness on the other partner merely because we know that there are no legal, social obligations. There is no contract which gets violated when one partner in such a bond harasses, hurts or misleads the other or makes them feel vulnerable.

We as a society have been critiquing the social constraints and accountability since years but during this we were not able to carve a space for our fragile self in it despite defining it as the ultimate gate keeper of all our moral sanctions. The song titled ‘Forget to be me’ by Sarah Jane Dias tells multiple stories. Few are about our broken individual selves, while others are about the discomfort of being with a disloyal partner. Rather than perceiving these from the locus of your fragile self, treat them as an extension to yourself. These bonds were definitely not primary or secondary experiences of your life.