Free Hand Given to Forces is the Most Pleasant Development So Far, Says Major General B. D Wadhwa 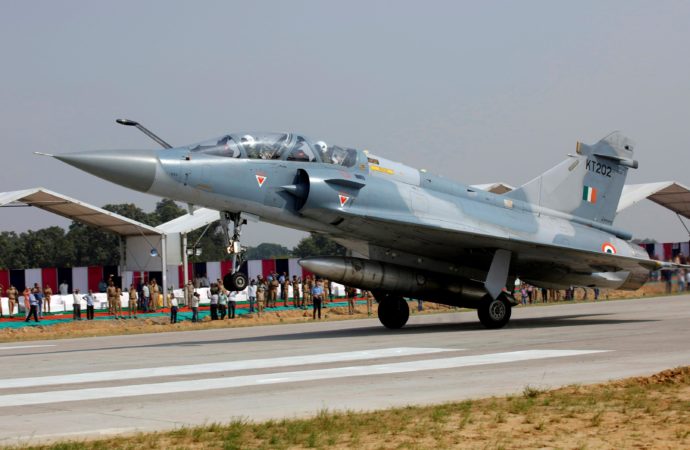 On pre-dawn of February 26, precise and swift airstrikes destroyed terror camps in PoK’s Balakot. Major General B D Wadhwa(AVSM) Retd. speaks with Gunjan Joshi speaks about aftermath of the event.

Q.  What were your first thoughts after air strikes? Is upping the ante right move by the Indian government according to you?

A. I think that the decision taken by our government was very bold and right. It was very important at this juncture especially after we lost our forty CRPF jawans because of Pakistan sponsored terrorism. It was expected and I am happy for the way it was conducted. This is the first time when an Indian government has responded appropriately. I have served in Army for thirty-seven and half years and as a former soldier I can say that it is important to have an upper hand because of two reasons. The first one being that Pakistan’s one more move on the proxy war front will lead to a big war. Secondly, we need to assert that Kashmir is an integral part of India through such moves. One day the Kashmiri populace has to understand that article 370 is a hindrance in bringing the region into mainstream India. I would like to compliment our armed forces for this well executed operation.

Q. How well do you think the operation was planned and executed?

Q. Experts have said that this marks a paradigm shift in Indian foreign policy. Do you agree with it?

A. If we speak about international law, no country crosses the border of the other country unless there are very compulsive reasons. We as a nation have never done it. Last time when we crossed the border was in 1971 war and now during this year. This gives a clear message to the international community and Pakistan that if such misadventures are tried again, we will retaliate again with equal might. I think this definitely marks a paradigm shift in Indian diplomacy. As far as I know, not only Indian but foreign diplomats have also lauded the choice of targets.

Q. Do you think the move might result in further deterioration of Indo-Pak relations?

A. I would look optimistically at this. Pakistan has released our officer immediately under Geneva Convention. This has never happened in the history of Indo-Pak relations including the war of 1971 giving us an indication that they are not interested in escalation. They probably have realised that any further escalation would not go in their favour. It may be because of international pressure or India’s increasing military might.

Q. Should the fear of escalation deter us from retaliating if such incidents happen in future again?

A. I think Pakistan would be careful in future. They have got a clear message through the well-planned move of our government that terrorism should not be harbored in any form. It may be because of the move of three countries namely US, UK, and France to declare Pakistan based JeM as a terrorist organisation and Masood Azhar as a global terrorist. But, we have to be really careful about our own internal propaganda mongers. The best development so far is that the forces have been given free hands and that is what they require when they operate.

Q. What do you have to say about depleting fighter squadrons and appalling condition of MiGs?

A.  There is definitely an urgent need to increase the number of our fighting squadrons and to upgrade our aircrafts. MiG is effectively a 33 years old aircraft and upgrades are going on in it. Still, India should search new jets to effectively replace these legacy jets. Interestingly, through my talks with veterans from Pakistan, I have to come to understand that we invest in men whereas they invest in machines. Coming back to the question, MiG 21 shooting down F-16 is an extraordinary act of bravery by the pilot.

Q. How do you view peace overtures of Imran Khan and the release of Wing Commander Abhinandan?

A. It is a good step and it can definitely pave way for negotiations. But, it should be followed by firm assurances that Pakistan will not allow terrorism to propagate on its soil. However, India should not perceive it as a complete peace gesture and should focus on greater challenge to curb cross-border proxy terrorism from Pakistan.