Dance of Democracy is for Hopes and Despair 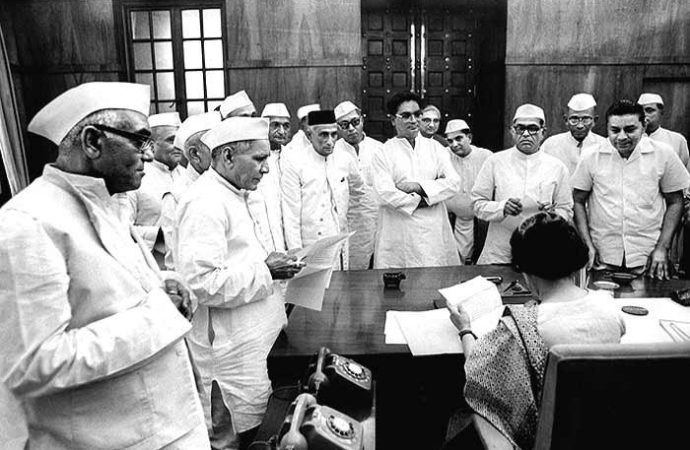 The best argument against democracy is a five-minute conversation with the average voter.
― Winston S. Churchill

1. During 507 B.C., a leader Cleisthenes from this region constituted a political reforms known as ‘rule by the people’ or demokratia. The system comprised of three separate institutions namely ekklesia, a body that wrote foreign policy; the boule, a representative council chosen from ten Athenian tribes; and the dikasteria, the legal system or courts where citizens presented their cases before a group of judges selected through lottery. Which region was this?

2. This constitutional authority appoints the Governers, Attorney General of India, Comptroller and Auditor General of India, Judges of the Supreme Court and High Courts, Chief Election Commissioner, and other election commissioners. He or she can also summon both houses in the event of disagreement, promulgate ordinances when parliament is not in session, dissolve the lower house, and may send messages to either houses about any pending bill or otherwise. Which authority is this?

3. This house of Indian democratic system has 545 members and has power to control council of ministers. A money bill should also be introduced only in this house. After it is passed by that house, it is submitted in the other house for its suggestions or concurrence. The other house can only recommend amendments within stipulated time. If the bill is not returned directly within fourteen days, it is considered to have passed. Which house is this?

5. The Council of States or Rajya Sabha consists of just 250 members. Out of these, 238 members represent the states and union territories. These representatives are elected by members of state assemblies through single transferable vote. This house is a permanent body and never undergoes dissolution. But, one-third of its total members retire biennially. A member once elected retains its membership for six years. How the other twelve members of this house are selected?

6. India’s first Lok Sabha was formed through the first general elections during this year. There were 489 seats for which 53 political parties contested. Indian National Congress won 364 seats and independent candidates managed to win 37 seats. The Bhartiya Jan Sangh, the precursor of Bhartiya Janta Party won just three seats. In which year this history was made in Indian democracy?

7. During the tenure of this celebrated leader, enormous economic cost increased due to war, rising oil prices, and drop in industrial output. The Allahabad High Court invalidated her 1971 elections on the grounds of malpractices in electoral procedures. Instead of resigning, the leader declared an emergency in the country, suspended the press, and jailed the entire opposition. The emergency lasted for about two years. Which fateful year was this and who was this leader?

8. As a part of the movement named after him, this leader led a silent procession in Patna during 1974. The procession was dealt brutally after being lathi-charged leading to a powerful uprising among youth. During the three years of emergency, this leader became synonymous to the second freedom movement. The ailing leader was imprisoned during these dark years of democracy. When Allahabad High Court unseated the ruling government, the movement by his name gained a big fillip. Who was this magnanimous change-maker?