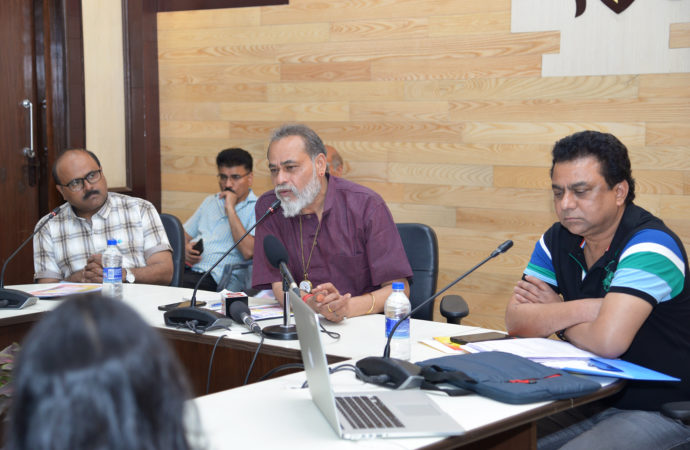 4th Spring Theatre Festival(STF) was inaugurated on Thursday at National School of Drama, Sikkim Theatre Centre. The repertory company of STC will bring an assortment of plays, dialogue sessions, and cultural activities for theatre enthusiasts in the city. The inaugural ceremony will be organised at 6:00pm on 30th April, 2019 at Sriram Auditorium. The play ‘Hami Nai Afai Aaf’ directed by Bipin Kumar will be followed after it.

Being organised in Delhi for the first time, the festival has entered its 4th edition this year. The press conference was addressed by Shri Bipin Kumar, Center Director, Sikkim Theatre Training Centre (NSD), Shri Suresh Sharma, Director-in-Charge, and Dr. Abhilash Pillai, Associate Professor & Centre In-charge (NSD) and Associate Professor and Centre In-charge (NSD). In the press note, they spoke about the schedule of the festival and its evolution from the past till now.

Spring Theatre Festival was started by Sikkim Theatre Training Centre in 2016 in which plays are showcased by repertory company during a 5 to 6 days long event. The first edition of festival started at Gangtok and spread to four other districts of Sikkim. In 2017, the repertory company staged plays at other north-eastern cities such as Guwahati, Tripura, Tezpur, Kalimpong, and Dibrugarh.