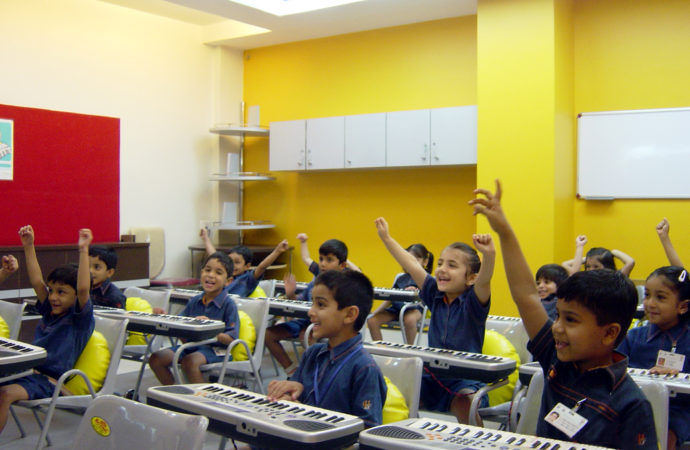 A report published by Azim Premji University on April 16 stated that learning outcomes of private schools was better.

Education was acknowledged as a fundamental right with the passing of the Right to Education(RTE) Act in 2009. This directed states to ensure compulsory and free education for every child from 6 to 14 years. The state’s commitment to make education affordable for student from section of society was not restricted to the primary level and required extension to secondary and tertiary levels. In 1966, Kothari commission suggested an increase in educational expenditure till 6 per cent of GDP. Still, just 3.5% of national GDP approximately is spent on education. A report published by Azim Premji University on April 16 stated that learning outcomes of private schools was better than that of public schools in terms of basic reading/comprehension or doing basic arithmetic.

The National Achievement Survey (2017) added that these two states had a learning outcome larger than the national average. Unlike ASER 2016, this survey considers both rural and urban government schools. Despite the better learning outcomes at private schools, most of the poor households cannot afford to take admissions at such schools. Out of the pocket expenditure at primary level in a government run school was Rs.1111, as compared to a hefty amount of Rs. 10,623 in private unaided institutions. Private schools outperformed public schools in every states except Tamil Nadu and Maharashtra.

Despite less focus and stagnant national expenditure on education, the literacy rates of our country has steadily risen steadily from 18.3 percent in 1951 to 72.1 percent in 2011, according to Census reports. According to NIEPA 2018, the gross enrolment rate also increased to 84 per cent in 2016-17. The NSS 2014 report states that nearly 93 percent of rural households had a primary school within one kilometre of their vicinity. The public education system still provides education to large section of society in our country. Interestingly, public education of Delhi has improved remarkably in recent few years. Students of public institutions outclassed the academic performance of their counterparts at private schools. They also recorded the second best performance among government schools across the country. The report further adds, “On an average, primary education in public schools cost only one-tenth of the cost of primary education in private schools (Figure 4.18). These differences narrowed marginally as the level of education increased, but even at higher-secondary education level, private education cost three times as much as public education.”