A Human, Always an Explorer and an Adventurist 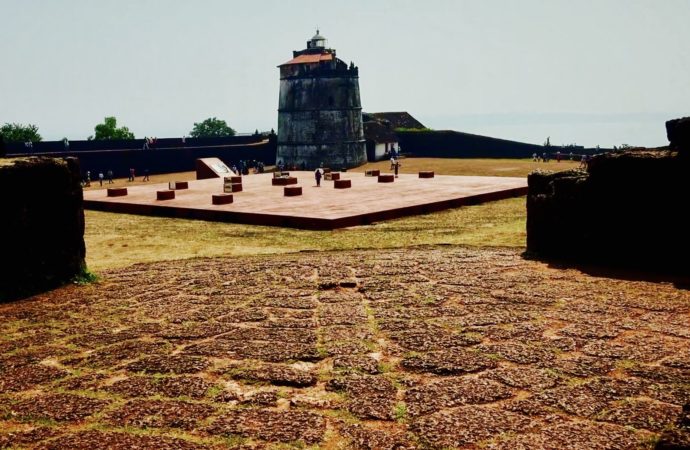 Never mourn the loss of a map. There remains a world to discover – Vijay Fafat

1. The first ever voyage around the world was led by Ferdinand Magellan. He started in 1519, and travelled for three years. His voyage costed many lives but changed comprehensively the idea of geography for Europeans. After braving torrential storms near South America and losing one of his ships, he finally entered a massive, calm, and gentle stretch of water. He christened it ‘Mar ………….’ which implies ‘peaceful sea’, His voyage took 98 days to cross this sea. What is this ‘sea’ known as?

2.  This voyager is known for travelogues for his journeys that he shared with a prison mate. He was also a romance writer and went on to become an emissary of the Mongol emperor Kublai Khan. The emperor gave him ‘paiza’, a special kind of passport that helped him to build a vast network of contacts across Asia. There is a children’s game named after him in which one blindfolded player explores other players. Who is this renowned explorer?

3. A Welsh mathematician named George …………… in 1816, at the age of 26, helped William Lambton in establishing the Great Trigonometric Survey of India. The former excelled at trigonometry and after extensively exploring Indian landforms became the Surveyor General of India. A young mathematician called Radhanath Sikdar worked under him. Sikdar during his work discovered a mountain peak that later on became a world record holder. What was the complete name of this Welsh mathematician and what is this peak known as?

4. Legend says that a Portuguese explorer, Vasco da Gama became the first European on May 20, 1498 to land in this city and hence on Indian soil. His ship had docked in this city after a year-long journey from Lisbon. This voyager linked Europe and Asia through this ocean route and named this place ‘the city of spices.’ In June 2018, it hosted world quizzing championship. Name the anglicised version and the original name of this city.

6. This was initially an ancient network of water and land trade routes that provided cultural interchange between countries over several years. It spanned across Asia to Europe, thereby connecting the east and west. The route is named after the most precious commodity which was traded on this route since early 200 BCE. What is the name of this famous route?

7. HM Bark Endeavour became the first European vessel to reach Australia in 1770. The leader of the expedition circumnavigated the globe twice. He was an expert mapmaker and hence designed detailed charts for seafarers that helped them for several years. Being the first white man, he was mistaken for a god but eventually was killed over a stolen boat. Who was this globetrotting explorer?

8. In 1911, Roald Amundsen became the first explorer to reach a particular place with 16 dogs and four other explorers. He took two flying boats in 1925 and flew to another particular spot which was diametrically opposite to the previous one. What was his first at?