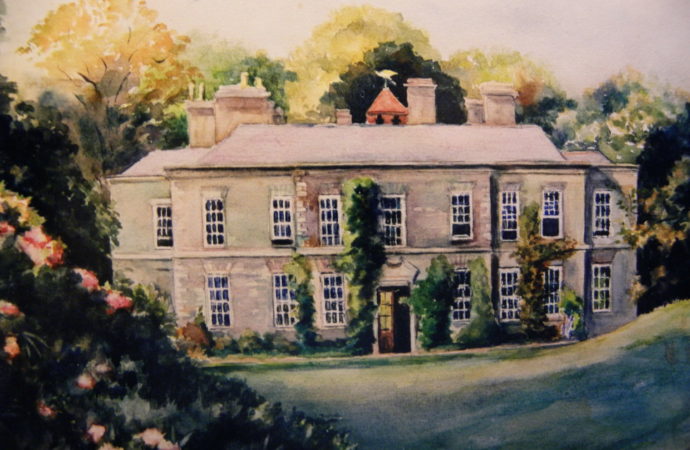 Mention Rebecca to me anytime and the first line by the protagonist has an immediate recall, ‘last night I dreamt I went to Manderley again.’

Rebecca reminds me of some poignant memories of childhood as it was the first book I had ever read in my lifetime. Mention Rebecca to me anytime and the first line by the protagonist has an immediate recall, ‘last night I dreamt I went to Manderley again.’ As a young girl, I was curious to unravel the secrets of a wealthy widower Max de Winter, his deceased wife, and his opulent estate off the Cornish coast. The book was published first in 1938 and has never gone out of the print till now. Taking the shape of several motion pictures, it has undergone a spectacular transformation from a bestseller, to cult novel, and eventually to a cultural classic. While the publishers promoted it as an ‘exquisite love story… with a brilliantly created atmosphere of suspense’, the author Daphne Du Maurier told that it was ‘sinister tale about a woman who marries a widower… psychological and rather macabre.’

For a glamour-starved teenager living in a nondescript town, Rebecca had everything. Mysterious romantic hero with a tragic past, beautiful and deceased first wife, wicked housekeeper ardently in love with her first mistress, and a luxurious old house by the sea. Only after reading the book several times, I discovered the subtler choice of reading this classic. The compelling and dreamlike writing, sempiternal sense of mystery, naiveté of the narrator and her longing for Max De Winter, and the picturesque imageries of house. The plot of the book grips so slowly that one could experience the darkening of sky outside, roaring of sea in the cove, and proceedings of the court while flipping the pages.

When Alfred Hitchcock thought of adapting it as a cinema in 1940, he told that Manderley was inspired by Menabilly, where du Maurier lived for decades. The house had a dominant role in the narrative over the other characters such as the sinister housekeeper Mrs. Danvers, Rebecca’s cousin Jack Favell, the kind overseer of Maxim’s estate Frank Crawley, and Maxim’s sister Beatrice. The author refers Manderley as the ‘house of secrets’. Therefore, this secretive house with its manicured rose and azalea lawns has a foreboding presence in the novel. Max de Winter avoids things related to Rebecca such as rhododendron bushes that stood fifty feet high along the abandoned driveway, her room, and her cousin Jack Favell to put his fears and furtive unease behind him.

What he and his new wife are trying to escape forms the plot of the rest of the novel. It revolves around hauntingly beautiful wife of Maxim, the circumstances leading to her mysterious murder, and vicious role of Mrs Danvers in keeping memories of her mistress alive. “There was never an accident. Rebecca was not drowned at all. I killed her. I shot Rebecca in the cottage in the cove. I carried her body to the cabin, and took the boat out that night and sunk it there, where they found it today. It’s Rebecca who’s lying dead there on the cabin floor. Will you look into my eyes and tell me that you love me now?”, says Max de Winter describing his agony to his new wife.

The second Mrs de Winter in her dream recalls spending evenings in rose gardens, birds singing at dawn, tea under the chestnut tree, and murmur of the sea. In reality, she is lying in a hotel bedroom. In flashback, she is an uncouth young woman working for an elderly socialite Mrs Van Hopper. While working for her, she meets Maximilian (Maxim) de Winter. He is known for his luxurious house and his dead wife that drowned in a sailboat accident. Maxim asks the young woman to marry him after a whirlwind romance and brings her to Manderley. “If only there could be an invention that bottled up a memory, like scent. And it never faded, and it never got stale. And then, when one wanted it, the bottle could be uncorked, and it would be like living the moment all over again”, says the narrator after spending a day with Maxim in Monte Carlo.

As the narrator gets increasingly obsessed with Max de Winter’s first wife and tries to discover more about her, she confronts Mrs Danvers the vicious housekeeper who loves her former mistress ardently and tries to keep her memories alive. The latter tells the narrator that Maxim doesn’t want her at Manderley and asks her to jump out of the window. Maxim then reveals that he was not in love with Rebecca. She was an ominous and manipulative woman who had relationships with numerous men. In addition to this, she acted as a perfect wife outwardly as it allowed her to live privately as she pleased. After one of Rebecca’s lovers and cousin Jack Favell tells the magistrate about her murder by Maxim and tempestuous series of events, the coroner declared that Rebecca suicided because she was dying of cancer.

Most of the Du Maurier’s characters never turn out what they appear. The eponymous Rachel from My Cousin Rachel could be an aggrieved widow or a murderer, while the protagonist in The Scapegoat is a man who lives the life of his doppelganger and is forced to become something which he is not. Although, Du Maurier’s stories are full of mystery and horror, but she never neglected the human aspect of characters. For instance, the grieving mother in Don’t Look Now gets pulled towards the supernatural in her quest to believe keep her dead daughter alive. Other modern writers often call her pigeonholed but du Maurier is way above stereotypes. Whenever I pick any of her novels, I have no clue about where the story is heading even after I have read three-fourth part of any book. Another admirable trait of Rebecca is its close resemblance with Charlotte Brontë’s Jane Eyre and its mythic resonance with the text.