Hopes of Reforms in the New Education Policy Draft 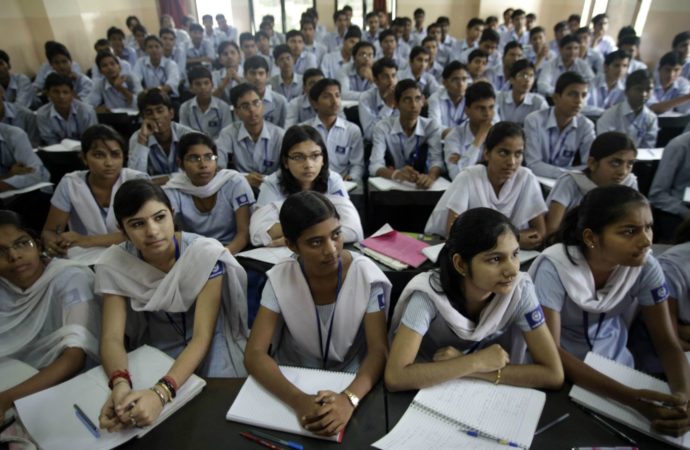 The primary recommendation of the draft policy is to cover children of 3-18 years than the present age of 6-14 years under the RTE act.

The new Draft Education Policy report chaired by former head of ISRO Dr K. Kasturirangan was presented on May 31, 2019. The committee was constituted by HRD ministry in June 2017. The report proposes an education policy that seeks to address major issues related to education such as improving the quality, equity, affordability, and accountability of education at all levels. The report is a comprehensively written compendium of 484 pages under the able leadership of Dr. K. Kasturirangan. It also steers away from the past controversies and tall claims made by previous reports. The primary recommendation of the draft policy is to cover children of 3-18 years than the present age of 6-14 years under Right to Education(RTE) act. This extension has led to the increase of three years under early childhood care and education(ECCE) and four years under the secondary education.

All Indian children should be covered under Right to Education act since the age of three years of preschool before class 1. The draft policy also wants early childhood education to be regulated by Human Resource Development (HRD) ministry, rather than being run by Angadwadi and private pre-schools that currently cater education to children of 3 to 6 years’ prominently in India. This could result in a great upheaval in the Anganwadi system which was till now supervised by Ministry of Women and Child Development for more than four decades in our country.

“While providing some essential cognitive stimulation, play, and day care, most anganwadis have remained relatively light on the educational aspects of ECCE [or Early Childhood Care and Education]. Anganwadis are currently quite deficient in supplies and infrastructure for education; as a result, they tend to contain more children in the 2-4 years of age range and fewer in the educationally critical 4-6 years’ age range; they also have few teachers trained in or specially dedicated to early childhood education,” says the draft Policy.

The draft policy also proposes the reconfiguration of school education to make it more responsive towards the developmental needs of students at different stages of their mental development in their age range of 3-8, 8-11, 11-14, and 14-18 years. The pedagogical structure of school education will be driven by a 5+3+3+4 design. The mandatory content in each subject will also be reduced and the focus would be on its key fundamentals. This will hence create more space and time for students to discuss, analyse, and apply the theoretical concepts. The teaching and learning is proposed to be conducted in an interactive manner. “Reducing the curriculum content load – in addition to allowing greater room for nuanced understanding, analysis, and discussion in mandated curriculum – will also enable students to explore subjects beyond the current usual curriculum”, states the draft policy.

The draft policy also recommends that all higher education institutions should include the establishment through an Act of Parliament. A new National Education Commission [Rashtriya Shiksha Aayog] chaired by the prime minister constituted with 50 percent of ministers, and 50 percent of academicians, educationists, and civil society members will regulate all higher education institutes. Under this umbrella organisation will be a range of new institutes such as National Higher Education Regulatory Authority(NHREA) and State Education Regulatory Authorities in all states, National Research Fund, Central Education Statistics Division (under NUEPA), National Testing Agency, National Repository of Educational Data etc. The technology based programmes and technical education will receive big aid by the government while an exit exam is proposed at the end of the MBBS course.

Higher education institutions will be classified into three types namely research based universities, teaching universities, and colleges merely focussing on teaching at undergraduate levels. All such institutions will further get full administrative, academic, and financial autonomy. Due to lack of research opportunities, the draft policy recommends establishment of a National Research Foundation, which would be an autonomous body for mentoring, funding, and building the ecosystem of research in India. An annual grant of Rs. 20,000 crores (0.1% of GDP) will be allotted to the foundation. It is now time for right individuals under cabinet secretary to analyse the report and suggest the ways to implement it. If the current leadership backs it, implementation of this draft might transform our current educational system.