NIRF Rankings – Is it an Effective System to Gauge Higher Educational Institutions? 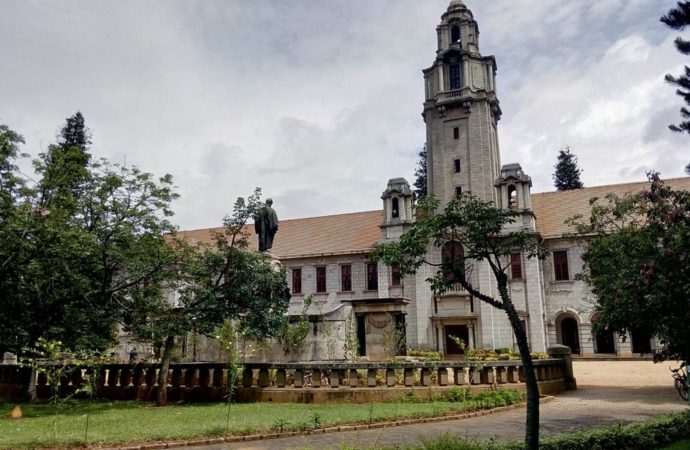 The National Institutional Ranking Framework (NIRF) was constituted by the Ministry of Human Resources and Development in 2015. It outlines a methodology to rank institutions across the country.

Indian populace immediately after attaining independence was highly skeptical about getting even basic education. Procuring basic amenities such as food, shelter, and clothing were always a priority for them. With industrial and agricultural boom, India managed to stand among the developed economies of the world. Today, provision of good education has become priority of Indian parents. The shift of their priorities from acquiring fundamental education to value added degrees can be witnessed with an increase in graduate and post-graduate aspirants at colleges and universities. This ideological shift has made education a lucrative sector of the economy.  India has more than 50 percent of its population below the age of 25 years, which makes this portion the future asset of our country. So, to choose a best fit in the jigsaw of educational institutions is a difficult task for both students and parents.

Approximately 1,00,5427 (83.40%) students passed the higher secondary school examination of the CBSE board in 2019 and this number rose further after the state educational boards declared results. The increasing demand of the educational institutes has led to increase in number of universities 34 times from 20 in 1950 to 677 in 2014. Hence, there will be an opportunity for admission seekers to make their choice out of 45 central universities, 318 state universities, 51 institutes of national importance, and 37,204 colleges (registered from 677 universities). Hence, admission seekers now can find the best institute that matches their interests, capability, affordability and accessibility from their place of residence.

When asked to Sunita, a working professional in ASSOCHAM about the predicaments she is facing for her daughter’s admission, she exclaimed, “My daughter’s higher secondary school score is not enough to make her eligible for government institutes. Therefore, I am looking for a private institute with a higher NIRF ranking in the field of architecture. I do not want my child to suffer with the choices of institutes she makes right now and also don’t want her to wait for an entire year.” There are many parents which face the similar situation. To resolve this stalemate of choosing the best educational institution, Government of India launched a ranking system in 2015. But unfortunately, both parents and students are not aware of it.

The National Institutional Ranking Framework (NIRF) was constituted by the Ministry of Human Resources and Development in 2015. This framework outlines a methodology to rank institutions across the country. The methodology draws rankings from an overall recommendations and broad understanding made by a core committee set up by MHRD according to broad parameters for ranking various universities and institutions. These parameters broadly cover teaching, learning and resources, research and professional practices, graduation outcomes, outreach and inclusivity, and perception. The committee makes sure to cover all the parameters to gauge institutions across the country in an effective manner. But, few shortfalls still come into mind while one refers to this government run ranking system.

Dr. Rana Singh, Vice-Chancellor, Sanskriti University, explains, “The realm of education is increasingly falling victim to number game, NIRF is a glaring example.  Performance parameter and weightage do not have a solid underpinning in NIRF ranking.  Criteria called ‘Perception’ and ‘Graduate outcome’ are quite arbitrary, baseless and misleading. NIRF has decided that research performance counts towards 30% of a university’s rank and 20% of a college’s rank.” Pointing out other things he adds, “Average undergraduate student need not to be exposed towards research till that extent. For instance, research and professional practice score of Presidency College, Chennai is 99.27, while that of Miranda House and St. Stephen stands at 29.78 and 16.36, respectively. This really points the hollowness of NIRF system”.

Relevance in Selecting an Institute

NIRF is a yearly ranking system. Therefore, the evaluation procedure of this ranking system makes institutes competitive towards each other and motivates them to upgrade their faculty and infrastructure. It also encourages them to overcome their inefficiencies, which is good for both welfare of students and teachers. For parents and students, these rankings provide a clear overview of top-ranked educational institutes across all the disciplines. Another critical aspect of this framework is its being an anti-aspirant ranking system. The institutes when get a jump in the ranking list usually witness an increase in the admission cut-offs and hence such institutes tend to make their in-take criterion stricter. This demotivates aspirants further who wish to take admissions in their preferred colleges.

The ranking has institutes broadly categorized in Engineering, Management, Pharmacy, Law, Medical, Architecture, University, College and Overall. It also depends on what a student is looking for?  Siddharth, a management student shares his experience as, “I got to know about this ranking while seeking admission in a management Institute for post-graduate studies. While looking for my preferred college in the list, I found that the ranking of the institution is lower than the one I was getting admitted into. So, NIRF rankings helped me to choose a better option for my career.” Like Siddharth, these rankings make a positive impact on the decisions of students. But, the purpose of rankings will be resolved only when students will choose a right institute for themselves and not an institute with a higher ranking.  The improvement in the quality, efficiency and effectiveness of every educational institute in India is the need of the hour right now and this can be accomplished only if these rankings regulate institutes properly and aspirants look into every aspect while choosing an institute.