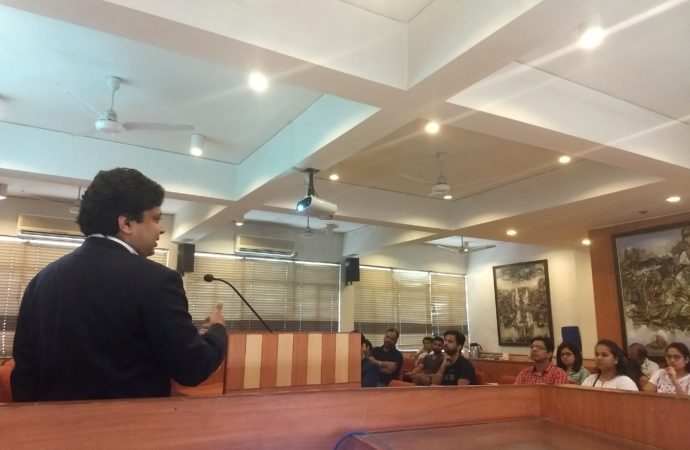 The Indian School of Public Policy (ISPP) organised a workshop on ‘Does India want to grow at 10 per cent?’

The role of policy-makers and implementers remains significant in any economy. One of the important reform that government taken recently is induction of nine experts from outside bureaucratic ranks. Keeping in mind the relevance of this subject, the Indian School of Public Policy or the ISPP organised a workshop on ‘Does India want to grow at 10 per cent’ on the 22 June 2019.  The workshop was conducted by Mr. Dhiraj Nayyar, Chief Economist, Vedanta Resources; and former Head of Economics, Finance and Commerce at NITI Aayog. He has completed his doctoral research in economics at Trinity College, Cambridge.

Nayyar stressed on the importance of double-digit economic growth and said that public policy should be based on evidence. He presented comparative growth stories China, East China, and India and then cited reasons for India’s relative slower growth process. He discussed the role of agriculture, service, and manufacturing in the Indian economy and why policy-making should become more flexible to bring landmark reforms in labour, land, and capital markets.

He told the difference between pro-business and pro-market reforms and emphasised the importance of building strong institutions that discourage crony capitalism and rewards competition. Ideas related to trade-offs between the size and share of the pie were also discussed. The workshop concluded with an elaborate question and answer round in which audience participated enthusiastically. Public policy has become an emerging career, especially for students who are intellectually or socially curious. The discipline involves training of students through theoretical vigour and experiential learning.