Truth Never Damages a Cause that is Just 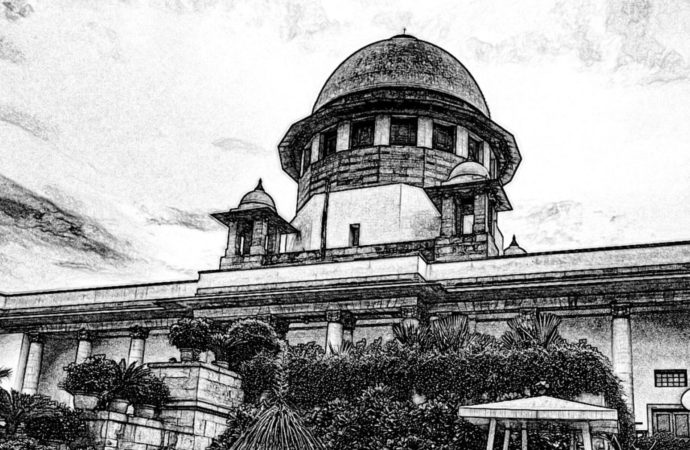 Judicial abuse occurs when judges substitute their own political views for the law – Lamar S. Smith

1. She became the first woman chief justice of a High Court on August 5, 1991. The reason behind her taking up law was that one could take up this occupation without taking the classes. In 1958, she became the first woman to top the London Bar exams and was an expert on women and gay rights. She also wrote a book for her children that explains constitution to them and her son became a well-known author.  Who is this remarkable lady of justice?

2. The Supreme Court of India has a seal with 24 spokes. It is known as wheel of ‘righteousness, encompassing truth, goodness and equity.’ Which ancient monument is inspiration behind this design?

3. Born in 1905, Anna Chandy belonged to Thiruvananthapuram. She went on to become first woman in Kerala to get a law degree. She also founded the magazine Shrimati in 1937through which she supported women rights. In 1937, she was appointed as a Munsif in Travancore by the Dewan and later was appointed in Kerala High Court in 1959. This was before the appointment of Elizabeth Lane for the same post in 1962. Which record did Chandy get through this in Europe and Asia?

4. This significant act came into existence under UPA government in 2005. The primitive form of these acts were in 1987 and many other state-level acts such as the one of Tamil Nadu in 1997. This act was introduced to counter Official Secrets Act of 1923. Now, one can get any kind of information after paying a sum of Rs. 10 as an application fee. Which is this well-known act?

5. After starting his practice as an advocate in 1917, Sir Ponnambala Thiaga Rajan became a part of South Indian Liberal Federation (SILF). Later, he was elected to the Legislative Council and served as chief minister of Madras Presidency for five months in 1936. Sir Rajan modified SILF and gave a new name to it. The party was eventually dissolved in 1951 after winning a seat. What was the name of this party?

6. This person went to KwaZulu-Natal with a relative and joined a firm Dada Abdulla and Sons in KwaZulu-Natal because they required someone fluent in Gujarati to settle a financial dispute. He initially dressed up in Indian outfit and declined to take out his turban when told to do so by the magistrate on his first day at court. Another remarkable incident was his fight on a train journey against racial oppression. Who was this famous lawyer that went on to became a prominent freedom fighter of India?

7. The Supreme Court of India is designed in the form of a certain entity. In this design, Chief Justice’s court is located in the central wing. The two large courtrooms are on either side. The left and right wings are below it. Dr. Rajendra Prasad had once said, ‘the two pans of the ______ of justice have to be held evenly.’ Which pan of justice are these?

8.  Unlike other British civil servants and judges, this English judge preferred in India after independence. He was appointed as district and sessions judge in 1941 and married Swaroop Kumari Gour, the daughter of a lawyer Sir Hari Singh Gour in 1937.  One of his popular case as a judge was Raj Narain’s challenge to Indira Gandhi’s 1971 election from Rae Barelli which eventually led to emergency. Which India loving British judge was this?