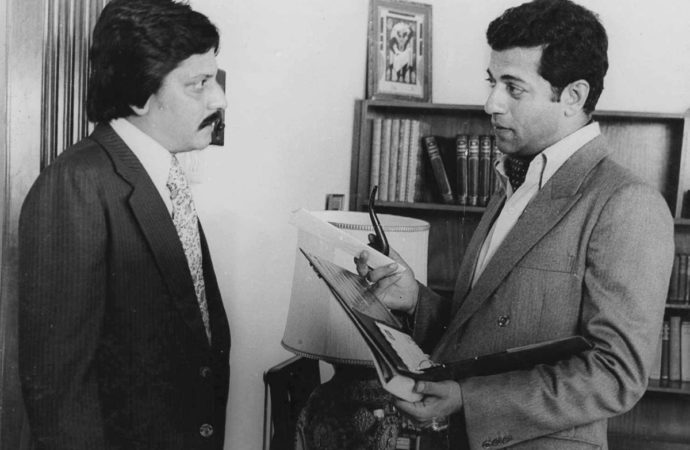 Karnad’s deftness in translating his plays in English from original Kannada facilitated the broadcast of these plays into national theatre arena and beyond.

The demise of Girish Karnad for the theatre world is equivalent to the fall of a giant Banyan tree under which a vast understory of inspiring plays, films, and adaptations flourished. His entire span as a playwright has left an unsurpassable legacy of postcolonial oeuvre which is an account of skilfully woven contemporary issues and historical facts topped with conspicuous social commentary. The social activism is so intricately embedded in his work that his acts transcend the era on which these stories were based. The six decades of his career as a playwright spanned from his first play Yayati in 1960 till Rakhsasa Tangadi in 2018.

He studied mathematics, won a Rhodes scholarship, and completed his education at Oxford. After returning to India, he joined thespian czars like Vijay Tendulkar and Badal Sarkar. This era was hence referred as golden-era of contemporary theatre in modern India. Karnad gained national prominence by his second play Tuglaq (written in 1964) produced by Ebrahim Alkazi. The play was first staged in Delhi’s Purana Qila, with compelling Manohar Singh in the lead. Its metaphorical take on Nehruvian imperiousness placed Karnad in the pantheon of modern Indian theatre along with Badal Sircar, Vijay Tendulkar, and Mohan Rakesh.

Karnad, wrote his first play Yayati at 23. The play narrates story of an ancestor of Pandavas, Yayati who was cursed with old age by his father-in-law because of his infidelity with his daughter. Through this play Karnad established himself as master of language, plot and ideas thereby launching him as an astute playwright. After this, he wrote politically charged plays often replete with social activism. The stories in these plays were often contemporary.  Among his other acclaimed works were Hayavandana (1972) and Taledanda (1990), and Lingaytism that outline upsurge of radical reform movements in 12th century Karnataka.

Karnad’s play are hugely inspired from folk play forms like Yakshagana, but his plays mostly are representation of meta-theatre which are open to complex interpretation. Satyadev Dubey’s production of Hayavadana featuring stalwarts like Sunila Pradhan, Amrish Puri, and Amol Palekar became one of his most celebrated works to raise feminist voices. In 1993, he received a Karnataka Sahitya Academy Award, followed by Sahitya Akademi Award in 1994, and a Jnanpith Award in 1998. A multilingual and multicultural playwright, he often commented about the structure and progression of theatre in India. His advent into cinema was through Samskara, a 1970 film which was based UR Ananathamoorthy’s novel. The film was a critical account of rudimentary traditions of Brahminism and Madras Censor Board initially banned it.

Karnad’s deftness in translating his plays in English from original Kannada facilitated the broadcast of these plays into national theatre arena and beyond. Written in 1990, Taledanda highlighted the rise of the reform movement, Lingayatism in Karnataka of 12th century. The play was less skewed in its political stance and Alkazi first staged it at NSD repertory company. Karnad’s recent works and classics have fetched admirers in several regions and eras. Most of the modern renditions of his plays are brilliant expatiation of his old works.

Remembered fondly for his character of WT Srinivasan, an affable yet stringent father of Swami in R.K Narayan’s Malgudi Days, Karnad was also a part of several celebrated Hindi classics such as Shyam Benegal’s Manthan(1976) and Nishant(1975). Manthan led to his entry in parallel Hindi cinema. In both films, Karnad plays the character of a protagonist triggering mass public movements.  He plays the role of an urbane Dr. Rao, an on-screen character for Varghese Kurien who paved the way of White Revolution in Manthan. In the latter, he plays role of a schoolmaster who fights against feudal lords of his village to get back his forcibly abducted wife.

In Umbartha, Jabbar Patel’s Marathi film (named as Subah in Hindi, 1982) he plays the role of a treacherous, and conservative husband of Smita Patil. Karnad had extremely critical and contentious opinion about other renowned playwrights. According to him, Tagore was a great poet but a second rate playwright. In 2012, he criticised prolific author VS Naipaul for ‘repeatedly mischaracterising Indian history and the contributions of Indian Muslims.’ Arghya Lahiri and Pushan Kriplani’s Hayavadana was a crisp rhetoric about the legend’s life and was performed ‘in the round.’

Jyoti Dogra utilised the frenzy and angst from The Fire and the Rain in Toye to give it a Grotowskian form. The Marathi adaptation of Bendu Kaalu on Toast, Mohit Takalkar’s Uney Purey Shahar Ek shows the microcosm of city in a mayhem. Recently, Ram Gopal Bajaj translated Taledanda in Hindi which demonstrated how a medieval play written in the backdrop of mandir-mandal conflict transcends time and stays relevant even in tremulous times today. Karnad’s indomitable legacy will not obscure any time soon in our future.