An Insight Into the World of A Spy 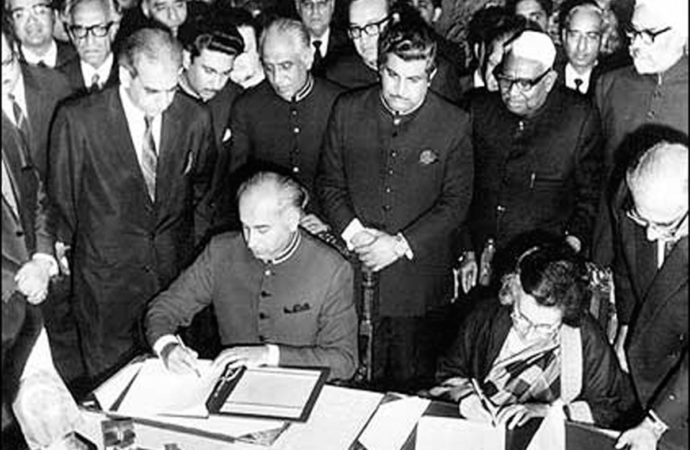 The autobiography of Mohanlal Bhaskar named Main Pakistan Mein Bharat Ka Jasoos Tha is one such work that provides minutiae about the lifetime of a spy such as officials involved, legal hassles, and military procedures.

A lifetime of a spy is an allegory of living behind the curtain, prying beneath the nose of the enemy, and taking secrets of the state to his or her grave. Movies like Hey Ram (2000), Black Friday (2004/07), D-Day (2013), Madras Café (2013) and recently released Raazi (2018) are some examples that portray the circumstances and travails of spies, impact on their families, the aftermath of his or her escape from an alien country, and the life afterwards. But, a plot that describes the agony of protagonist caught in lion’s den is rarely found.

The autobiography of Mohanlal Bhaskar named Main Pakistan Mein Bharat Ka Jassos Tha is one such work that provides minutiae about the lifetime of a spy such as officials involved, legal hassles, and military procedures. The book describes in detail the ordeal of a spy when he or she gets caught in the enemy nation and is labelled as a spy. Originally written in Hindi in 1983, the book got translated in Marathi and several other Indian languages. Out of them, the most popular rendition was An Indian Spy in Pakistan translated by Jai Ratan.

The book is an account of forty-one meticulously written chapters. Each chapter describe how the journey of Mohanlal Bhaskar, a B.Ed graduate in his youth enters an enemy nation and ends up working as a spy to gather information on Pakistan’s nuclear power plants. He is then caught by the Pakistani army in the year 1964 and gets an imprisonment of fourteen years by Pakistan’s Martial Court after two years of incessant torturous interrogation and humiliating trials. Later in 1971, the Simla Accord signed by India and Pakistan makes way for his homecoming on December 04, 1974. But, the tumultuous succession of events doesn’t end here and give way to his post homecoming struggles.

The first chapter, A night at Sheikh Wahid’s describes Mohanlal’s stay at the Lahore, Pakistan. Here, he is disguised as Mohammad Aslam, who is a cattle bearer and trades cattle from one place to another. While doing this, he roams around the Pakistan high alert defense areas. One night he proceeds to Multan and his journey takes a new turn from next day. He meets a new spy Amrik Singh in the next chapter, From Lahore to Multan. He happens to be a dubious character and is a double spy for India and Pakistan. Things get grave when Amrik Singh gets Mohammad Aslam and his guide Baba Samund Singh alias Imamuddin arrested.

This is chapter three of the story where Mohammud Aslam (alias Mohanlal) using his intelligence network finds that Amrik Singh is a double agent and hence a hurdle for him in his mission. To make matters worse, his guide Imamuddin gets caught by the Pak Army and he remains unsuccessful in the escape. His survival in lethal situations begins at this juncture of the book. The author here mentions a series of torturous events and procedures that are enough to make a person living dead. Readers will be well-acquainted by the affliction of author by the end of this chapter.

Moving ahead in the story, readers will find chapters such as 596, Field Interrogation Unit at Lahore, In the Naulakha Police Station at Lahore, Kot Lakhpat Jail at Lahore, Kot Lakhpat Jail at Lahore, FIC at Rawalpindi, Field General Court martial, Lahore to Mianwali etc where Mohanlal was brutally treated and interrogated. The author had described an instance where the superintendent asks the hawaldar to get a razor to shave his hair, beard and even eyebrows the next morning. During this process, he plucks all his hairs from the body on his own (while he was chained). This hair-raising callousness was an incident of FIC, Rawalpindi where he spent a major portion of his captivity and interrogation.

To alleviate the effect of callousness in the series, Mohanlal has added some chapters about individuals who left a positive impact on his heart and soul. These chapters include descriptions of Major Kamal Raza Jadun, Subedar Sher Khan and his wife Accha Pehlwan, Pir Sadaq Shah, Mullah Muzaffar, Prof. Shahzad Jalandhari, The Haples Bengali,  Aqueel Rahman, driver Mohammed Azam, Warda Rafiq Shah, Sheikh Mujib at Mianwali Jail and the chief warden Shera. These individuals always kept him motivated in dire circumstances either by giving him books to read or by saving him from Pakistani public who use to beat him and pelt stones at him whenever they came to know that he is an accused from Indian.

He narrates beautiful memories about his parents, wife and a son, who was born six months after his arrest. He used to correspond with them through letters often assuring them that he will return back soon. Mohanlal Bhaskar once in his speech on Bhagat Singh said, “We have eaten the grain cultivated with your blood, it has nurtured the seeds of martyrdom in us.”  This was the spirit that kept him going during his trials and fight for his survival during the imprisonment. He was arrested in a counter-intelligence operation by Pakistan while working as an undercover for Indian intelligence agency RAW and remained in Pakistani imprisonment from 1967 to 1974. He along with dozen of his fellow Indian spies were released as a part of prisoner exchange and followed by signing of Simla Accord by Zulfikar Ali Bhutto.

The Simla Agreement of 2 July 1972 was more of peace treaty aiming to reverse the consequences of the 1971 war. At the end of this war, General A K Niazi signed the Instrument of Surrender on 16 December 1971 in Dhaka which marked the formation of East Pakistan as the new nation named Bangladesh. Bhaskar claims that he met PM Bhutto during his tenure as a prisoner at Lahore’s Kot Lakhpat Jail. He also tells that Indian Air Force jets bombed Pakistan Air Force base at Mianwali and rendering it inoperable during 1971 war. Eventually, he was released as a part of a prisoner exchange between India and Pakistan after spending 14 years in jail.

On December 4, 1974, Bhaskar finally stepped into the borders of India. He was ecstatic to after seeing his parents and his wife dressed in the bridal attire. He saw his home adorned which he describes as Shadi Wala Ghar under the sheet of lights and glitters. Everything welcomed him back but reality hit him back soon. It was difficult for him to find a livelihood for him. Being a B.Ed, he pursued his interest in teaching but government was of little or no help to him. He was thankful to god, family and everyone who prayed for his survival but had a bitter feeling for the government.

It was then when he got into an interaction with the erstwhile Prime Minister, Moraji Desai who retorted with the statement, “Why should we suffer for your mistakes committed in Pakistan? Do you mean to say that if Pakistan government had kept you in jail for 20 years, then our government should have compensated you for the same number of years?” Bhaskar has mentioned these words in the last chapter (The Aftermath), which depicts the agony and indifference of our government for the unidentified heroes of our country. The book is a cathartic narrative of a spy’s journey, sufferings, and plight of an Indian spy at his home of which one shouldn’t miss even a single page.