Number of Females Low at Every Level Except in Post-Graduate Programmes, Says AISHE 2018-19 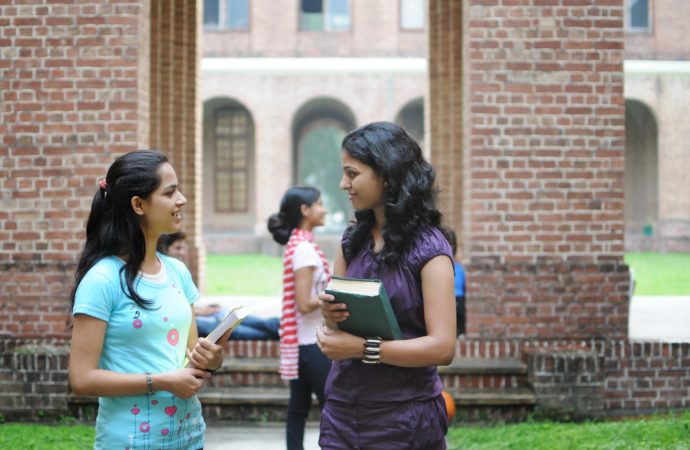 A look at the male-female ratio at each level reveals that ratio of male students is higher at every level except in M.Phil, and post-graduate programmes.

A total of 962 universities, 38,179 colleges and 9190 stand-alone institutions participated in the survey for the year 2018-19. The states that topped in terms of highest number of colleges according to the survey are Uttar Pradesh, Maharashtra, Karnataka, Rajasthan, Andhra Pradesh, Tamil Nadu and Gujarat and these states have more than 28 per lakh population. There are a total of 7078 colleges in Uttar Pradesh and 28 colleges are present in the state for each of set of one lakh individuals.  Maharashtra occupies the second position with 4340 colleges per 33 lakh population. Karnataka comes at third place and has 3670 colleges. There are 53 colleges per lakh population in this state. Looking at the enrolments, colleges having enrolment less than 100 were 16.3 per cent and only 4 per cent of colleges have enrolment more than 3000.

Student Enrolment According to Programmes

The highest enrolment is registered at under-graduate level across India. Similar trend was observed in states and union territories. From the total enrolment of 3,73,99,388 students, a sweeping 79.8 per cent which includes 2,98,29,075 students were enrolled in undergraduate programmes. Post-graduate programmes stood at second place with an enrolment of 10.8 per cent students which is approximately 40.42 lakh students. Number of students enrolled in integrated PhD are 3,880 along with 1,69,170 students enrolled at PhD level. A small share of students of around 7.2 per cent are enrolled at diploma level in India which includes 26.99 lakh students. From this, majority of students are enrolled in nursing, teacher’s training, and technical streams.