Kasturi – In Pursuit of the Journey Within 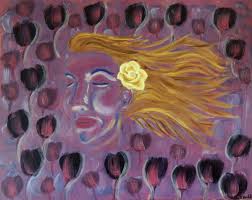 Sarah’s poems depict strict verbal economy, modesty, and absence of formal literary practices. Each verse is delineated and images are formed in it with sharp, crisp, and minimal strokes.

Suddenly, it is raining poetry compilations and new entrants are faring well in it. Book stands are now full of anthologies such as Terrarium by Uravshi Bahuguna, Collected Poems by John Berger, The Unmistakable Presence of Absent Humans by K.Srilata etc. Published by Notionpress, Kasturi – The Journey Within is an effort by Sarah Berry in the similar vein. The book didn’t appeal to me earlier since my formative years in reading were significantly shaped by oeuvres of classic poets like Emily Dickinson, William Wordsworth, and Samuel Taylor Coleridge, but the wisdom served in few unfussy verses inspired me to traverse further.

Sarah’s poems depict strict verbal economy, modesty, and absence of formal literary practices.  Each verse is delineated and images are formed in it with sharp, crisp, and minimal strokes. Wary of erudition, the poems remain grittily grounded often unwilling to take a high flight of lyricism. The poet is able to paint a bi-coloured portrait with a melancholic undertone. Her inclusive appeal and unembellished verses which contain both silk sarees and trophies blackened with time makes the book a linguistically profound experience. Another dominant aspect of her poems is the sense of nostalgia. For instance, the poem My Window describes the transition of her windows with time and yet these remain her only view to world. Poems such as Not so Long Ago, Memories of Another Day in Time echo similar sentiments.

Sarah’s penned her first poem at the age of six and the first anthology of her poems named The Awakening came in 2011. All her previous works also reflect a sentient non-acceptance towards change. She doesn’t hesitate to describe the things that dishearten and go wrong including love. Strife in love is one more significant element of her poems, According to her, one loses a track of time in love and his or her identity. “Then one day, as I had barely woken up, amidst all the chaos, I felt my being torn apart…uprooted and cast away like a non-entity”, she says in her poem lovelorn. Her work is replete with human emotions in a way that everyone can connect with. It also brings forth the beauty of self-awareness amidst the messy humankind. Even in these grey moments, few lines for a bachelor home will haunt you forever.

‘The first streaks of a dawn breaking…

Welcomed by gyrating sound of an over-worked motor pump..

As if synchronised with that well-timed faithful washing machine..

The distant echo of a bhajan and the azaan, as if longing for attention..

Chitter-chatter of the prodigal party-goers,

The reverse of a car breaking into a race somewhere….

Awakening of the birds…at last… and then….

Silence of a different kind..

All the while reading Sarah’s compilation, I wondered that which language she thinks in while writing and how can she borrow aesthetics from two fine languages. Her poem has the essence of both, Meera’s ethereal love for Krishna and rhetoric similar to that of Jane Austen such as in Questions in Transit. As the book concludes, poems like The Circle of Life and Metamorphosis provide ageless life lessons. To me, Metamorphosis was most admirable poem where the poet argues that why a stone should be called lifeless when it is sometimes worshipped as thousand hopes solidified into one while at other times becomes an epitome of someone’s life in the form of a tombstone. Kasturi, certainly is an unexpected journey within which is serene and deeply consoling.