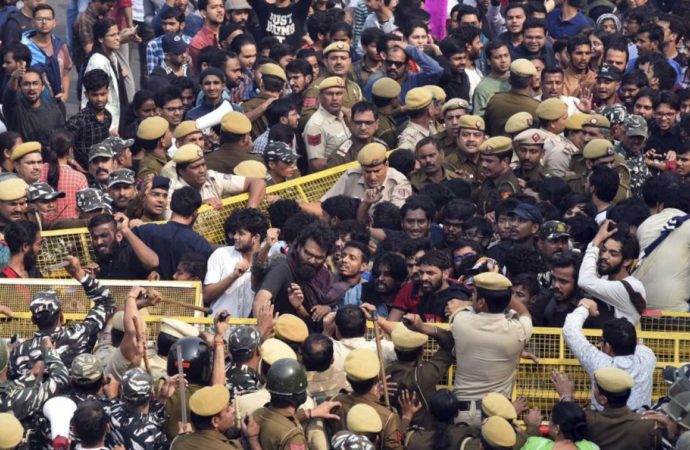 Central government had finally decided to intervene in the month-long stand-off between students of Jawaharlal Nehru University (JNU) and its administration.

Central government had finally decided to intervene in the month-long stand-off between students of Jawaharlal Nehru University (JNU) and its administration over the unexpected hostel fee hike. To resolve the ongoing impasse, it has formed a three-member committee on Monday.

In a letter to JNU, the human resource development ministry has asked the institution to ‘normalise’ its function soon. The letter said, “With a view to restoring the normal functioning of the Jawaharlal Nehru University through dialogue with all the stakeholders and to advise the university administration for resolution of contentious issues, government has appointed a high power committee.”

The members of the committee include chairman of the All India Council for Technical Education (AICTE) Dr Anil Sahasrabuddhe; UGC secretary Rajnish Jain; and former chairman University Grants Commission (UGC) V.S. Chauhan. The ministry has asked the committee to conduct a dialogue with JNUSU and administration for preparing a report to be submitted at HRD ministry.

The letter further added, “The above said committee is requested to initiate dialogue with the students and the university administration immediately and submit recommendations on action to be taken.”