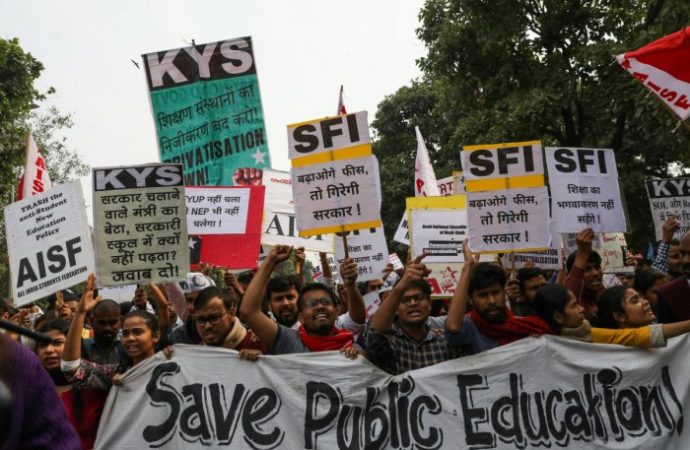 The administration of Jawaharlal Nehru University (JNU) has decided to roll back hostel fee hike for now.

The administration of Jawaharlal Nehru University (JNU) has decided to roll back hostel fee hike for now due to suggestions made by high-level committee formed by the varsity four days ago. The utility and service charges have now been reduced by 50 percent and there is a reduction of 75 per cent in these charges for students below the poverty line (BPL).

These recommendations were announced after the allocation of an additional budget of Rs. 6 crore by University Grants Commission (UGC) on Monday. The service and utility charges have now been reduced from Rs.1700-2000 to Rs 1000 per month. These charges will be Rs.500 for students in the BPL category.

JNU registrar Promod Kumar had sent a circular about the rollback on fee hike on late Monday night. The circular sent by the registrar read, “The committee scrutinised the estimated utility and service charges in the hostels, which are Rs 2,000 per month and has recommended that Rs 1,000 may be charged from students in place of the current Rs 2,000 per month towards utility and service charges of all students.”

The circular added that 50 and 75 per cent concession for general category students and students in BPL category respectively should ‘go down well’ with students. The letter further stated, “The administration appeals to the agitating students to end their strike with immediate effect in the academic interest of their fellow students.”