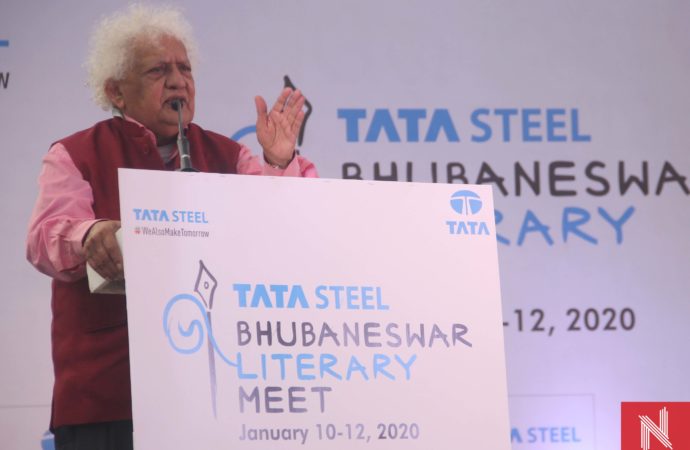 The fifth edition of the Tata Steel Bhubaneswar Literary Meet (TBSLM) 2018 concluded on 11th January on a high note delivering promise to celebrate all forms of art and literature.

The fifth edition of the Tata Steel Bhubaneswar Literary Meet (TBSLM) 2018 concluded on 11th January on a high note delivering promise to celebrate all forms of art and literature. This year’s edition consisted of grand performances by various artists from the arena of theatre, literature, cinema, and music. It also consisted of thought-provoking sessions on pertinent emerging trends in literature of our country.

Commemorating Odia language and culture, the final day included recitation sessions in Odia poetry. Renowned poets such as Sonali Sahu, Chitta Ranjan Mishra, Sarita Naik were a part of these sessions which was followed by scintillating recital by Manu Dash and Gayatribala Panda. The day started with a panel discussion on the Odia translation of Chandrahas Choudhury’s Arzee the Dwarf by Manu Dash. The book was earlier shortlisted for Commonwealth First Book Award.

Among the chief highlights of the day was Anand Neelakantan’s session on synchrony between grey characters of epics and expectations of contemporary readers with them. While author Kunal Basu talked about his recent book, Saorjini’s Mother, prominent journalist Bachi Kakaria narrated anecdotes about her reportage on criminal cases that captured national attention.

Biswa Kalyan Rath concluded the literary extravaganza that promotes all avenues of creative pursuit with his hilarious performance. With his satirical style, Rath exhilarated the audience with his unique perspective on subjects that connected today’s youth. The previous three days of the literary carnival included keynote address by Lord Meghnad Desai, interesting sketches from Pandit Hari Prasad Chaurasia’s life, and an enthralling recital of new age poetry by Priya Malik.

Concluding the event, Kulvin Suri, Chief, Corporate Communications – India and SEA, Tata Steel said, “The response to the fifth edition of TSBLM has been tremendous, and this encourages us to make future events bigger and better. We have been supporting literary pursuits and art in society for several decades and it is to this end that we have been organising Literary Meets in this region. It has been a privilege for Tata Steel to be able to host this event and I thank the ever-supportive people of Odisha for their participation.”