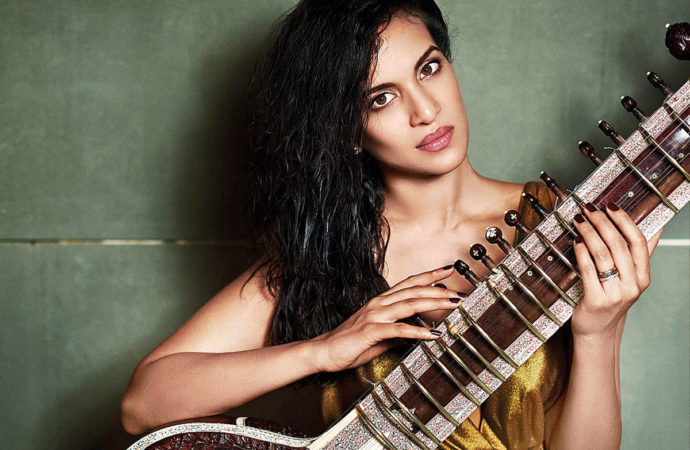 The songs delight both seekers and cynics. In a way, her compositions are a fleeting celebration of vulnerability as it is of catharsis.

No one can blend merriment of Indian traditional instrument Sitar and melancholy of cello and piano deftly like Anoushka Shankar. The release of her latest EP Love Letters in the first week of this month and her subsequent India tour 2020 at Siri Fort Auditorium on January 14 was much awaited for me. Her works in past have been replete with muliebrity and disarming honesty. The songs from Land of Gold (2016), Traces of You (2013), and Traveller (2011) weave similar delicate gossamer for her listeners. The parent of her songs is usually sitar but from Traveller, she has evolved as a world music expert by experimenting pure classical sitar with a globalised and eclectic sound of piano.

I therefore, headed to Siri Fort Auditorium for a invigourating soul indulgence. Sitar virtuoso began the recital with a melancholic yet assuaging song Bright Eyes together with her friend and German singer-songwriter Alev Lenz as her sitar hit a lucid and sharp note in the prelude. The powerful lyrics, “Does she feel younger than me….” depict the loss in love before moving to the painful question, ‘Do you call her bright eyes too?” The song is an effective attempt at vulnerability and catharsis. Shankar describes the album as ‘most personal experience’ after her divorce from filmmaker Joe Wright in 2018 to whom she was married for eight years.

Shankar’s co-musicians during the recital of Love Letters were mostly women, something which is deep-rooted in her music. While working for the record, Shankar journaled her thoughts and wrote tunes with her friends ‘in a safe, intimate way, in comfortable living room sessions.’ The prominent singer among all is Alev Lenz, the German composer and singer, who has sung four songs in the record. Other names that are a part of the record include British vocalist and cellist Ayanna Witter-Johnson; Indian singer Shilpa Rao; and the Afro-American twin sisters Ibeyi reflecting the way women shelter each other during crisis, a trait inherent to sisterhood.

Shankar really heightened the sentimental impact during evening in songs Loveable and Those Words through music that transcend genres. Both songs contain minimal words accompanied with a soft air of romance consisting of self-doubts. Sentences such as, ‘Hurling these seeds into a light of my own, unfurling these leaves into light of my own’ in fluid voice of Ibeyi (twin sisters) invoke strong hope amidst existing pandemonium of emotions. Recital of Those Words in Punjabi by Alev Lenz was surprisingly flawless, without any trace of anger or desperation. Narrator of the song was simply putting her life back together while recuperating from a massive personal loss.

Space was one of the poppiest compositions of the album, with uplifting harmonies and pioneering sitar notes. Here, you witness a spike of resentment in lyrics. Shankar’s girls are upbeat in this while venting along with enthralling circular sitar notes. Another personal account of her loss is the song as intimate as a wallet. Through a chorus with Alev Lenz and Nina Harries the song argues, “Did I owe him more of myself? My heart, my soul, my body, rob it.” Traces of You represented twisting and bending ancient melancholic notes that spin around in interminable circles. The extreme delicacy of her songs is remarkable, and pianissimo of her music extraordinary. These songs delight both seekers and cynics of love.  In a way, her compositions are a fleeting celebration of vulnerability as it is of catharsis.