Wild Himalayas – The Haunting Magic of Mountains on Nature and History 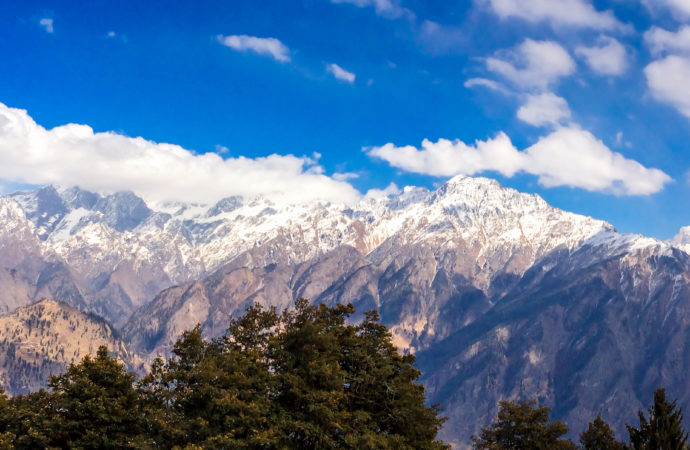 The book appears like an aesthetic environmental read at first glance and a scientific or a geological journal as one traverses further.

An admirer of Himalayan literature would always long for interdependence of flora and fauna of mountains, the primeval origin of these species, some nondescript chortens or temples, the folklores associated with them, and tales of heroic bunch of men and women which once aspired to reach some summit or the other. Wild Himalayas by Stephen Alter is a distilled concoction of all. Alter peregrinates across the length of Himalayas, from Nanga Parbat in Kashmir to Tenga, a remote village of Arunachal Pradesh in the east. He travels not only to Indian Himalayan states but also chronicles an account of Bhutan, Nepal, and Pakistan in less than 400 pages. The book appears like an aesthetic environmental read at first glance and a scientific or a geological journal as one traverses further.

Co-existence between Species in Well-organised Sections

The quintessence of this book lies in its well-organised sections describing various facets of the world’s youngest mountain range. The chapters effortlessly segue from origin of the mountain range because of a continental drift to a comprehensive detail of Himalayan trees and carnivorous Sundew in the section, Flora Himalensis. Sections like Winged Migrants and Mountain Mammals present a meticulous scientific account of adaptation in birds and mammals to uninhabitable conditions across the vast 2,500 km mountain range. On the contrary, author’s mellifluous imagery is visible in chapters such as The Poetics of Rock and Lost in the Wild.  His reading list is also impressive as he has delved deeply into renowned treatises of botany, zoology, ornithology, mythology, religion etc. The frequent reference of literature such as The Himalayan Gazetteer, Flora Simlensis, The Fauna of British India, Rig Veda etc gives a small glimpse of author’s extensive research.

The book begins with the history of Oakville, the current residence of indigenous American author born and raised in Mussoorie and his Indian wife. Through intertextual prose, the author illustrates how Oakville was first built in 1825 by Captain Frederick Young. All through the chapter, he describes the erstwhile significant residents of the city which included Sir George Everest, the Surveyor General of India who oversaw mapping of Himalayas from 1832 to 1843. He thereafter narrates how the European settlers brought trees like deodars(Cedrus deodara) and foreign flowers like dahlias, hydrangeas, and poppies to Landour. The peaceful co-existence of family of jackals that dwelled in the ventilation channels of author’s family home was the most alluring parable of this chapter. “Oakville isn’t just our family home but a part of something much larger, a habitat for hundreds of thousands of life forms- microbes, insects, arachnids, reptiles, birds, and mammals”, says author.

Mountains are giant, complacent, and absorbent. But, humans in past few decades have heaped them with their self-interests which has resulted in an irresolvable stalemate between man and the environment. Alter has hence given a lot of space in the book to narrate this disquietude among natural species and environment. The chapter Blood Harvest contains a slaughter of a goat and buffalo by Gurkha soldiers in Nepal on the occasion of Dusshera which is bloodcurdling. The author once fond of game hunting although observes this violence objectively but still seemed greatly moved by this rampant animal slaughter. Afterwards, in The House of Hours he has set a discourse about the environmental consequences of establishing Tehri dam on the river Bhaghirathi. Any earthquake in Bhagrathi Valley that lies in an unstable seismic zone would inundate several hundred square kilometres of farmland and forests. The restricted movement of the river would also prevent annual spawning of numerous species thriving in it.  A poem titled An Effort by Navendu, a poet displaced by the dam says,

Lying in the current of river

I am a stone

is not to stop

the river from flowing

I am only trying

Any treatise on a mountain range would be incomplete without the reference of mountaineers that had tried to scale any of its peaks anywhere in history. The author through a compendious prose in Demons of the Death Zone adjudges the altitude above 8,000 metres as a death zone. The human body at this height deteriorates and hence ascent becomes individualistic. He illustrates Hermann Buhl’s ascent of Nanga Parbat in 1953 which is considered a remarkable achievement in Himalayan mountaineering. Buhl in this expedition started alone from camp 5 to reach the summit and survived an ordeal of 41 hours in an avalanche. The author’s writing style becomes elegiac in the chapter An Alpinist Discontent where he describes the Kamet’s ascent of Frank Smythe in 1931. Trained as an electrical engineer, Smythe successfully established himself as a climber and an author with an avocation of a naturalist. He described Bhundyar Valley in his book The Valley of Flowers as,

As we descended, the flora became more and more luscious, untill we were wading knee deep through an ocean of flowers, ranging in colour from the sky-blue of poppies to the deep wine red of potentillas. We filled our buttonholes and adorned our hats. A stranger had he seen us might have mistaken us-at a distance-for a bevy of sylphs and nymphs.

The book also presents contrariety of opinions that cohabitate in the world’s youngest mountain range. Its peaks symbolise both cacophonous rivalry and tranquil calm. Alter sometimes contemplates at the nothingness inside an ammonite (saligram) and describes it as Shunya or the complete sphere of life and death. Whereas in others, he confesses that investing mountains with mythical and religious significance have set a vicious circle of ecological destruction in eco-sensitive zones. He infers towards the end that predominated by apostasy, a naturalist’s compassion for environment and fellow species comes not from religious ethics and morality but germinates due to an inherent appreciation of kinship with other species. This book is therefore, a delight for biologists, mountaineers, trekkers, birdwatchers, and readers like me who frequently need a dose of mountains. It can also be treasured along with time transcending classics of Himalayan literature such as works of Frank Smythe, Major L.A Wadell, Jim Perrin, E.T Atkinson, Pandit Kalhana etc.