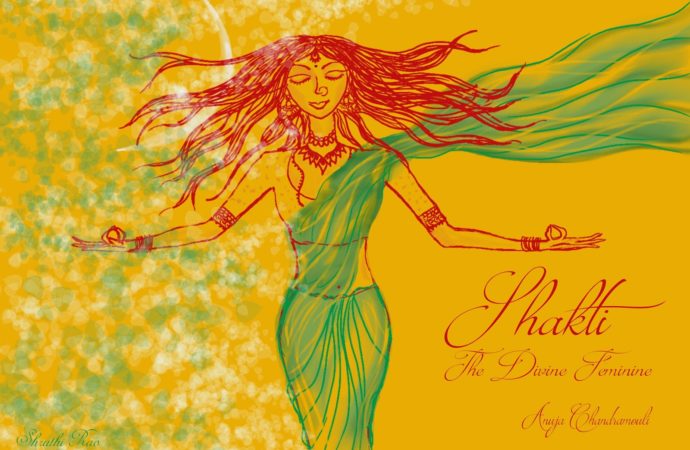 Authors are now transforming the ancient wisdom into sagacious prose within precincts of literature. Anuja Chandramouli talks about about her journey, the extent of research required, and her recent book.

Q. As you say that history and mythological characters are open to interpretations, why do you think this genre is most popular in Indian publishing arena?

I think it is because of the fact that people are able to resonate themselves well with figures in such literature and that is why they are classics for a reason. Such texts also help individuals to get an insight about the past as well as present. Reading these also gives them returning to roots kind of experience which is therapeutic to many. The inherent charm of Indian classics is that they transcend any religion. Indian people find it rooted in deep recesses of their mind and people across the world too.

Q. How would you like to differentiate yourself from contemporary mythological authors like Chitra Bannerjee Divakaruni and Devdutt Patnaik?

I don’t really compare myself with authors of the same genre because I think it would be counterproductive. They don’t linger in my mind while I work for a book. I try to stay faithful to whatever I am doing. It can be a certain character from mythology or a story from history. I strap myself in the ride of doing my research thoroughly while staying true to my material. Further, I also inculcate my sensibilities in the text. I think there is a room for everyone in creativity.

A very happy space is created while doing research and then writing down a plot. I never wish to ruin it by bringing in the competitive factor. My work is a harmonious blend of classical and contemporary fiction. I tend not to accept whatever is mentioned in old texts blindly. I rather like to interpret characters according to my receptivity. I love psychology too and hence I like to examine psyche of characters. It helps the readers to put gods, kings, legends etc on a humane ground. Such side is usually remote to people because these characters are often put on a pedestal.

Q.  Most of authors in this genre merge fantasy with facts like Dan Brown while others like Divakaruni remain loyal to facts. Which aspect do you relate more to and why?

I would like to classify my work as a blend of facts and fiction. I don’t think anyone can be a complete purist in this genre. An author would never be able to know everything about a subject even if he or she spends a lifetime in research. There is lot of contradictory material available. Sometimes, you have to bring in your perspective about what is right or wrong. It is in a way dilution of the original text. Therefore, I do take liberty with the interpretation many times. Writing is a very organic process in which characters assert their personalities on paper as the plot progresses. Every author wants to achieve this state. For this reason, I always go for a harmonious blend of facts and fiction.

Q. The stories of numerous manifestations of Shakti are scattered loosely. Which inimitable side of her does your book Shakti: The Divine Feminine unravels?

There are numerous facets of goddess Shakti and to label her as a mother, a warrior, or a benevolent consort will not be fair to her. I have tried my best not to frame her in an image. I had instead tried to explore numerous facets of the divine feminine since one can’t explain Shakti in versus. It was very gratifying when my readers told me that reading the book was a transformative experience for them. Another noteworthy thing is that whenever there is a natural disaster or a pandemic, people find this book very comforting. It is because of the fact that understanding Shakti is an intense and beautiful experience.

Q. Was it difficult to find a narrative of the humane side of a tyrant from the times of punishment extraordinaire for your recent book Muhammad Bin Tughlaq: Tale of a Tyrant?

Contrary to the popular belief, Tughlaq was an interesting character. He was flawed yet was far ahead of his time. I think we owe him the current monetary system and he was secular as far as religion was concerned. We judge him harshly because he was not able to execute what he wanted to and therefore he failed in eyes of history too. If we talk about Alexander the Great, he was a megalomaniac and a mass-murderer. Yet, we refer him as great. Tughlaq instead started secular legacy in India like Akbar. We all remember Akbar for spreading secularism in India but no one knows Tughlaq who made his subject co-exist peacefully.

Yes, there was a reason why he was called a tyrant. His punishments were severe for people who disobeyed him but those times were different. Men considered war to be a sport and sternness in taking decisions was inevitable. I think he was no better or worse than any other ruler during that time or any other time in history. I have not put any excuse for the atrocities he inflicted on people and have presented all facets of him. Hence, readers can make an opinion about him on their own.

Q. How do you find the transition from mythological to historical fiction?

Both mythology and history involve a lot of research but with former there is a little room for creative manoeuvring. On the other hand, with historical text you have to be extensive with research. There is always an element of bias around historical characters. If you take a look at only surviving historical material, you can clearly establish the bias. For instance, Barani had some personal grievances with Tughlaq. Everyone appears to have their own agenda. Hence, you need to study all the source material along with all the regional folklores.

Q. Why do you think eminent litterateurs of regional literature such as Sharatchandra Chatterjee, Brammarajan, Habba Khatun etc remain unknown while the popularity of Indian English authors keeps soaring internationally?

English definitely has more reach internationally but regional literature continues to thrive in its respective region. Conducting a research on a topic is a like embarking on a journey. As you settle on a topic and begin your research, you will find enough material scattered in numerous languages. Purists will always make an attempt to learn a language to study the text in its original language while others rely on translations. Hence, every attempt in composing a literary piece matters. It cannot be gauged on the scale of popularity. A lesser known regional text might be more insightful than the work of an established author of English language.

Note:  Anuja Chandramouli is an acclaimed Indian author of ten books including Arjuna: Saga of a Pandava Warrior-Prince and Shakti: The Divine Feminine. She is also a guest columnist for renowned daily publications such as The Hindu and The New Indian Express; a trained Bhartnatyam dancer; and a Yoga instructor.