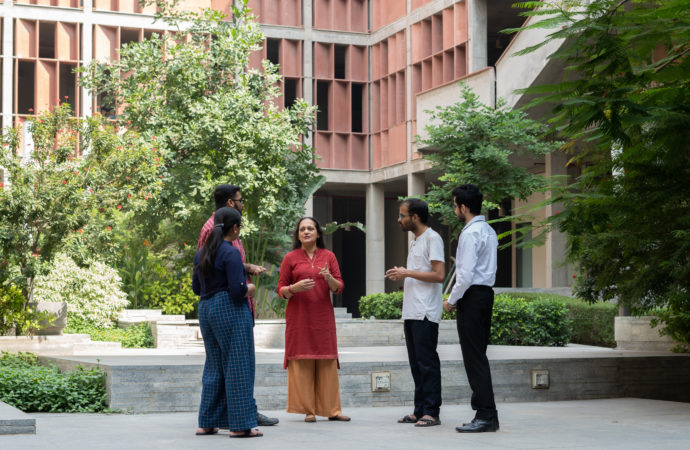 Dr. Jeemol Unni, Chair of the Master of Arts in Economics Programme, Ahmedabad University speaks about the impact of suspension of labour laws on migrant labourers.

Q. What according to you is primary reason behind exodus of migrant labourers in the wake of COVID-19 crisis?

The primary reason behind the exodus of migrant labour is loss of job and income together along with lack of social protection or support from the government. We always knew that there are a large number of migrants in our cities. In Gujarat, Surat in particular is seen as a city of migrants. There are permanent migrants who have lived in the city for long periods and are unlikely to leave the city. But, our concern here in this time of crisis is with circular migration.

Circular migration is temporary and generally occurs for employment. It follows a similar pattern year after year, within the state and across states. Inter-state migration in India was estimated at 9 million (Economic Survey of India, 2017). This is most likely to be of temporary variety. The Census of India 2011 estimated internal migration of intra-state migration at a total of 139 million. Of total migrants, inter-state migration consisted of about 56 million in 2011, which is focus of the media today. Obviously, the number would be larger in a decade later in 2020.

During the time of the lockdown, these circular migrants found themselves without jobs. The self-employed among them were unable to continue their manufacturing, trade or service activities. The reasons involved both the demand and supply side troubles. On the supply of labour, the workers were not allowed to travel to their place of work during the lockdown. On the demand side, the employers had to shut down the units and many resorted to firing the workers or cutting their salaries. The migrant workers found themselves in a fix, with no work and dwindling cash in their hands for survival. How could they make ends meet? Therefore, the migrants were left with no alternative than to proceed home to their native states.

Q. Don’t you think the condition of labourers was always deplorable in our country with ineffectiveness of Migrant Workmen Act of 1979 and absence of Basic Income Provisioning for labourers from unorganised sector?

The condition of temporary circular migrants has been deplorable in spite of the Inter-State Migrant Workmen Act, 1979. This is at least partly due to the fact that enforcement of laws is poor in India. The act calls for the registration of all contractors dealing with migrant workers and the registration of all migrant workers. It also calls for inspectors to check on the contractors and the conditions of the workers. However, these provisions are not strictly implemented.

The Migrant Workmen Act is to be subsumed under the new labour code, Occupational Safety, Health and Working Conditions Code, 2019. This code has subsumed and replaced 13 labour laws and is supposed to strengthen the rights of migrant labour. It appears that this labour reform will help in improving conditions of the migrant workers. Ideally, basic income provisioning should be universal and should not only mean for targeted sector. This would increase its chances of implementation.

Q. The JLL India’s report ‘Labour Availability on Construction Projects’ predicts labour shortage for more than 60 per cent of the contractors in next couple of months. How do you think other labour intensive industries would survive this?

All industries are faced with a double whammy, on the demand side and on the supply side. While labour intensive industries such as food, hospitality, wedding, film, movie theatres and malls, provide employment to a lot of people, the impact of labour crisis is much higher. These labour intensive industries will also have to bear the wrath of health crisis in other aspects. The hygiene factor and social distancing will further reduce demand in these sectors. Special counselling messages would help to assuage the fears while opening of industries. This will encourage workers to go back to work and increase the demand of such goods and services.

Q. What does suspension of labour laws by states mean for companies and Indian economy? How would this translate for labour workforce in informal sector as 90 per cent of workforce of India is a part of it?

The suspension of labour laws is done in the hope that this will encourage industries to reopen and start economic activity soon after lockdown is lifted. In my opinion, cost of labour is not the most important component of overall costs, except perhaps in some labour intensive industries.  Whittling down the few benefits that exist for labour is not going to help industry in the long run. Increasing working hours, reducing wages, making firing easier and legal, will not produce a more productive labour force.

Only a more productive labour force can increase profits and in turn the growth rate of GDP. In any case when 90 per cent of the labour force is informal, the idea of protection or benefits to labour through existing labour laws is a myth. Hence, the marginal benefits of suspension of labour laws by states are not of great help to the industries. It is not going to be the reason for a spurt of economic activity and quick recovery in the near future.

Q. How do you view repealing of order dated March 29, 2020 by MHA that talked about compulsory wage payment to workers during lockdown?

The order of March 29 meant for companies to pay full wages during lockdown was a good and progressive move of the government from the point of view of labour. But the possibility of its implementation, especially in industries with large proportion of informal migrant labour was feeble. The government machinery also does not have the wherewithal to monitor or enforce its implementation. Its repeal was expected with the strong lobby of industry and a weak voice of labour in the country today.

Q. What alternative steps government should have opted rather than suspending labour laws to resolve the migrant labourer’s impasse?

The migrant labour issue is a humanitarian crisis and it is man-made. The government should have provided a four-day period before complete lockdown like some developed countries. The problem would not have become so immense and out of hand as it is now. Suspension of labour laws was not meant to ease the migrant labour issue. It was perhaps intended to coerce industries to re-start economic activity at the earliest. It will take a few months before the migrants muster the courage to go back to cities and industries that treated them shabbily during the time of the crisis. The state government would better serve migrants by visualising alternative employment prospects in agriculture and non-agricultural sectors for the returned migrants.