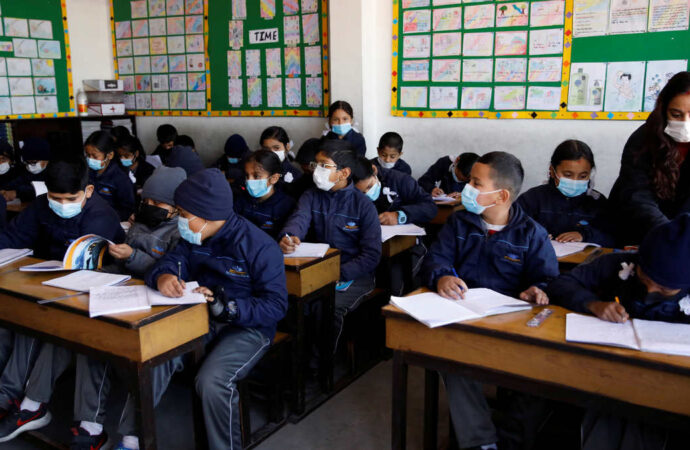 Parents are now eager to know when schools and other educational institutions will reopen because of a slight dip in number of coronavirus cases.

It has been more than four months since schools were shut down due to the wrath of corona-virus pandemic. Now, parents are eager to know when schools and other educational institutions will reopen since a slight dip in number of coronavirus cases has been registered in some states.

Education Minister, Ramesh Pokhriyal Nishank had earlier told that schools will reopen only after keeping in mind the COVID-19 pandemic situation. Anxious about safety of their wards, several parents’ associations are against reopening of schools in the academic year 2020-21.

A letter by Delhi Parents’ Association addressed to the HRD minister last month said, “The order to shut all schools…had been made on March 16 when the number of infected cases were in the hundreds. Now, it has crossed 10 lakh cases… To deliberate upon reopening schools in this situation is in itself laughable.”

The association also suggested that board exams should be conducted online next year.  States such as Andhra Pradesh, Assam, Goa and West Bengal are planning to reopen schools in September. However, the previous system of conducting classes will be overhauled. The new normal would contain alternative day classes and staggered entry etc.

Chief Minister, Mamata Banerjee expected that if situation improves after August 31, schools and colleges can reopen. Re-opening of schools can happen from September 1 in Assam. Education Minister of Assam Himanta Biswa Sarma said that the proposal suggests conducting classes 9 to 12 in a staggered manner and classes 5 to 8 in the open. Goa is also expected to begin the new academic session from September this year.