Of Sensibility, Marriane Dashwood, and the Legacy of Women with Stoic Sense 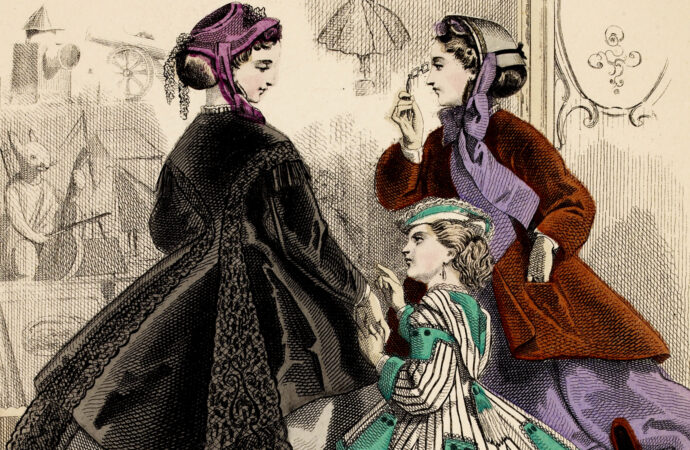 Sense and Sensibility is cogitation between one woman’s path of polite lies and another woman’s quest to reject it.

For first time readers, Sense and Sensibility might not appear to be literary gem if they begin the novel with Marianne-like expectations. It is not the ethereal beauty of prose like Brontes or Cowper which leaves you smitten in this book, but an unobtrusive social commentary about the stance of unmarried women in nineteenth century British society leaves you charmed. One has to tune in inner Marianne to admire it prudently and inner Elinor to critique the plot carefully. In Jane Austen, A Life, biographer Claire Tomalin calls Sense and Sensibility a debate whereas Northanger Abbey a satire.

When Marriane hears the news that the person her elder sister loves is engaged to someone else since long, she exclaims astonishingly, “Four months! So calm! So cheerful! How have you been supported?” While she is extremely incredulous that one can possess such equanimity, the author in these lines assertively glorifies Elinor’s conduct. It makes the reader ponder whether one can survive with earnest fancies of Marianne. Her exalted sensibilities are evident when she says, “I could not be happy with a man whose taste did not in every point coincide with my own.” The book hence is cogitation between one woman’s path of polite lies and another woman’s quest to reject it.

Sense and Sensibility was first published in 1811 and is a narrative of Elinor and Marianne Dashwood and the quest of their family to wade through their father’s death. Being always conscious of thorny inequities of gender in 19th century, Austen skillfully illustrates the impaired inheritance laws of British society in that era. When the father of Dashwood girls dies, he does not give them their Norland home. It instead goes to their avaricious half-brother and their stingy sister-in-law. As a result, the Dashwood family plans to make Barton Cottage in Devonshire their residence. Both sisters fall in love here and now must steer their romantic aspirations within erstwhile gossip-saturated British society.

In Defence of Marianne Dashwood

Marianne since initial chapters has a propensity to fall for people with heightened sensibilities. She laughs at Edward for reading an elegant prose with dreadful indifference and tells Elinor that he admires her as a lover, not as a connoisseur of art. She reads literature of Cowper and Smith and often revels in romantic aesthetics of their prose. Admiring falling dead leaves to her is to show an apposite admiration for nature, life, and beauty. On the contrary, Elinor forms perceptions about people on the basis of their intention and sensitivities than dramatic expressions or fineries of tastes.

As an excessively emotional woman is insinuated in present day society, Austen’s milieu too is vastly unfair to Marianne. She certainly dreams of a William Wallace, a 13th century fictional warrior who delivers poetic lines with tender voice and breathy exclamations. But most of the women devotees of literature appear to me like that. Besotted with a hedonist Willoughby, she commits more than one faux pax which includes writing several letters to him. The author brutally vilifies her for this. This reflects in her line for Elinor where she describes her conduct and says, “No. I compare it with what it ought to have been; I compare it with yours.” It seems fortitude for the author implies corseting our honest emotions and women like Elinor Dashwood which endure adversity placidly are exemplary trope of feminine conduct to her.

Men of the Novel

Colonel Brandon is the most understated literary character of Austen’s literature and often is obscured beneath paeans of George Knightley of Emma and Fitzwilliam Darcy of Pride and Prejudice. Brandon is a confinedly intimate and dependable figure for the women around him. He goes beyond the superficial displays of heroism, and his romantic appeal stems from dissimilarity from other hedonists like Willoughby. He is an inconspicuous connoisseur of art, music, and literature which makes him popular among all women of Dashwood household.

The most admirable trait of Colonel Brandon is his ability to admire Elinor’s art and Marianne’s music. His thoughtful concern for their mother adds more depth to his nuanced self. The brotherly support that he extends to Elinor while Marianne was ill compels John Dashwood (her elder half-brother) to believe that he will marry Elinor and not Marianne. Edward Ferrars too displays a new-aged masculinity by staying with Lucy Steele to whom he was secretly betrothed even if it meant missing on his mother’s fortunes. Thomas Palmer who appears sardonic and comic in the beginning unravels his serious self by visiting Elinor during Marianne’s illness.

It seems that Palmer generally preferred a concoction of sense and sensibility in both sisters over facetious conversation between his wife and lady Middleton. In fact, all men in Middleton, Palmer, and Ferrars household speak highly of Dashwood sisters because of their erudite opinions about social subjects unlike Steels who always spoke about suitors or food. This way we can infer that most of the men in Sense and Sensibility are accidental feminists. Yet Sense and Sensibility proffers a tough binary of choices. It either suggests being loud about your questionable choices (which includes being a romanticist too) while being declared as heretic or being a woman who garbs her tumultuous depths with a glossy countenance. But, there certainly are other conscientious and diverse hues of Marianne even if some women resemble her surfeit of emotions.