A City of Women Nawabs and Hindu Dewans 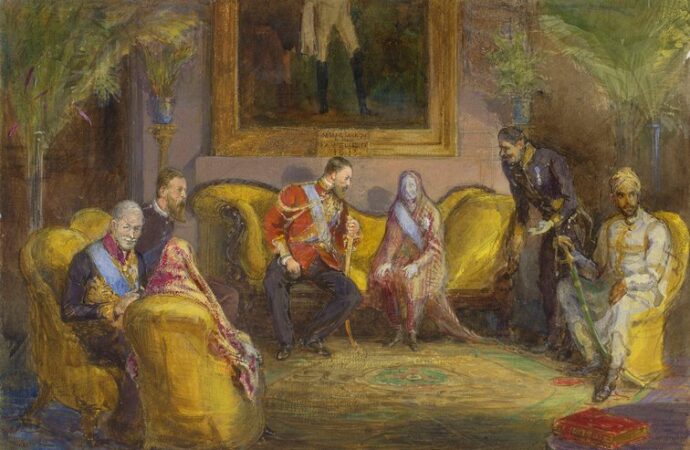 General Milan Naidu’s Nizaam-I-Bhopal is an exhaustively and painstakingly documented book on the history of Bhopal. Being rich in culture and heritage, the city was once the microcosm of Madhya Pradesh. Its geographical expanse may be small but there was a time when Bhopal’s battalion participated in First World War and bagged the Victoria Cross. The book presents a kaleidoscopic account of evolving history of Bhopal. The book also includes a description of adroit leadership of Begums which ruled Bhopal consistently for 175 years.  They were known for their jurisprudence, diplomacy, swordsmanship, and wisdom.

The Begums maintained an amiable relationship with the British rulers which in turn acknowledged their geniality. The former administered admirably, thereby enabling developmental work in the state that ensured prosperity for its citizens. Grateful British rulers hence granted 19-gun Salute to the Bhopal State as a result of good governance. Begum Sikandar’s demand to be recognised as a ruler came at the opportune moment when Queen Victoria had ascended the British throne. Hence, it was difficult for the British Government in India to deny the Begum her rightful place.

The foreword of the book is written by Late Padmshree Manzoor Ahtesham. Known as a city of lakes, Bhopal has many legends associated with its origin. The author has discussed all such anecdotes and has argued that archaeological evidence suggests otherwise. He has challenged the legends of Bhopal’s Upper Lake which is generally ascribed to Raja Bhoj. Bhopal State as we know came in to being in 1717, when Dost Mohamad Khan appointed himself as the Nawab on the demise of Rani Kamlapati. She had contracted him for providing security to her realm. He built the famous Fatahgarh fort. Afterwards, Mamola Bai, the first monarch with her vision and farsightedness, shaped the external and internal environment of the city which paved the way for the Treaty of 1818 with British.

During the Siege of Bhopal in 1812-13, children and women showed their valour and sacrifice.  The Treaty of 1818 enjoined the state to raise a mixed force of Infantry and Cavalry under British rulers. The force was known as the Bhopal Contingent stationed in Sehore.  In 1819, 18 year old Qudsia Begum( also known as Gohar Begum) took over the reins after assassination of her husband and became the first female ruler of Bhopal. She  groomed her daughter, Sikandar Begum in a manner that she could bequeath the responsibility of the good work which she initiated easily. Nawab Sultan Jahan is the only ruler in the history of the world who was abdicated twice, once in favour of her mother and the second time in favour of her son. She took keen interest in education for girls and hence was appointed Chancellor of Aligarh University. Therefore, she became the first and the only woman Chancellor of the varsity till date.

The book has many interesting tales for the readers to enjoy and cherish. There are interesting incidents of how women manned the ramparts and learnt to fire the cannons during the siege.  The emancipation and empowerment of women in those times is noteworthy. The citizens were sensible and supported the decisions of their rulers regardless of their gender. The troops that were raised during the war were disbanded and absorbed by Bhopal state for security and civic duties. Ganga-Jamuni Tehzeeb propagated by Manji Sahiba encouraged harmony and Muslims and non-Muslims live in harmony barring few stray incidents after the Babri Masjid demolition.

The author has documented the actions of the 9th Bhopal Battalion in World War I in great detail. His extensive research has fetched him the names and dates of those killed in action. Unfortunately, he has not reflected minute details of actions and casualties in World War II (4th Bhopal Battalion 16th Punjab Regiment), which could have been very useful to researchers. However, he has taken pains to ferret out the descendants of those who served the Bhopal Armies and describe their actions in detail. With appendices and rare photographs of soldiers and martyrs of Bhopal, this book is a must read for all Bhopalites and history enthusiasts alike.

About the author: Dr. Jailaxmi Vinayak is an academician, poet, singer, and author and she derives inspiration for her poetry from small details of her life.