Mayurkhand: A Poignant Tale of Dichotomy in Two Lives 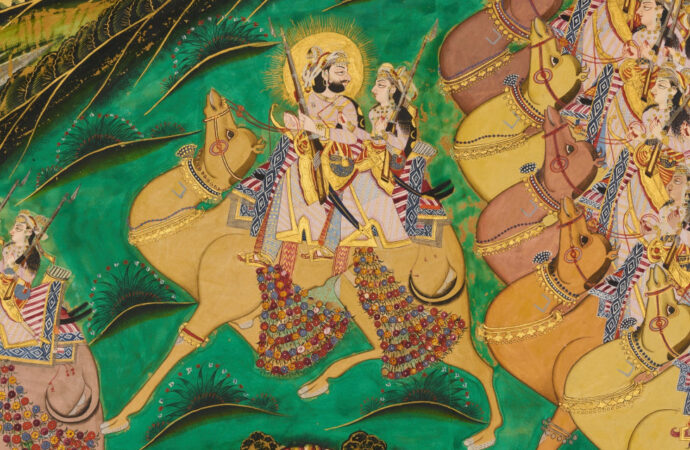 Sadiqa Peerbhoy’s Mayurkhund published by Readomania is a magnificent romantic thriller. Its plot deftly coalesces stories of a mother and her daughter belonging to two different eras. Sadiqa was a part of advertising world and a celebrated columnist. This is her first long fiction. The title of this book Mayurkhund is a fictitious name though a place called Mayurbhanj exists in MP. There is nothing sinister about the word and its significance in the plot is also pivotal. Defining the title of the place, one of the characters says, “The name came from hundreds of peacocks that lived in the place.” The title also reminded me of Anita Desai’s book ‘Cry the Peacock.’

The story revolves around a young girl Zeenat who is eager to learn music from Roshan Bai incurring the wrath of her father who ousts her from his house condemning her as a whore. She then marries Hussain her heartthrob. Subsequently, she takes refuge in the amorous advances of Jivraj Maharajah HH of Mayurkhund finally to stagnate as his mistress living in self-pity and sabotaging herself in drinking.

The story then shifts on her daughter Amari who is unable to evolve mentally after her mother disappears. She has deep-rooted psychological troubles developed from not able to come to terms with what happened to her mother at Mayurkhund. According to Dr. Watankar, she tends to pull back from complete commitment due to her childhood trauma. The past haunts her obstinately and the nightmare of accidental killing of a peacock at Mayurkhund by Sonny, her childhood friend and beau recurs.

The author admits that after her journey as a columnist, she vacillated to traverse the path of fiction writing as she was adept in crisp and concise writing. The characters in plot such as the lascivious Maharajah, the loyalist Varna Bai, the regal Ujwala, the passively muted Khairun Khala, the seemingly scheming Vicky, the sincere suitor Deven, and the metamorphosis of young bracing Sonny to a petulant slurring patient are all assiduously delineated. The story unfolds with revelations and twists while not diminishing the interest of the readers even for a second. The plot’s magic will not let readers put down the book.

Mayur or peacock is a leitmotif that runs throughout the novel. The very first line starts with the reference of peacock and ends with peacock. Along with this, there are many oblique and stray references to peacock in the novel. The story heralds with this line that says, “The silent night is slashed by a feral keening. Amari looks behind.” While ruminating about future towards the end, the protagonist decides what she would tell her grandchildren and says,” Once upon a time there was a handsome tall and caring prince who lived in the land of peacocks. One day the prince fell in love with a poor, orphan girl who had nobody to look after.”

The novel is interspersed with ornate expressions and allusion of these makes a permanent imprint on reader’s mind. The novel gives you lot of choices of such lines. One of them says, “Deven had opened the window. Now the white mull curtains shrug listlessly in the limp breeze. She caresses her throat where a scream seems to have frozen into a fist and pushes it down with a big gulp of water.”

Towards the end, the novel becomes more gripping owing to the subsequent intrigues, conflicts, and unravelling of secrets. The plot is rife with speculation for readers about the forthcoming events. Does Amari get closure? Does she succeed in performing duties assigned to her by Ujwala? Is she able to resolve her fearful insecurities? Is she liberated from past and is she able to ascertain why and how her mother Zeenat disappeared? The readers will get these answers only after finishing the entrancing prose of this book leaving them satiated in the end.